Steven Bertolino said on Wednesday that a North Port police detective asked for Mr Laundrie’s help to locate his son, who was last seen on 13 September, just before Petito’s remains were found by the FBI.

“Chris Laundrie was asked to assist law enforcement in their search for Brian at the preserve today,” Mr Bertolino told Fox News on Wednesday. “Since the preserve has been closed to the public, Chris has not been able to look for Brian in the only place Chris and Roberta believe Brian may be.”

Brian Laundrie’s father Christopher Laundrie will help the Florida police find his missing son, who is a “person of interest” in the homicide case of Gabby Petito, the Laundries’ family lawyer has said.

Though Mr Laundrie was not involved in the search on Wednesday, he and his wife Roberta Laundrie “are hopeful there will be another opportunity to assist”, Mr Bertolino said, adding that the police “had to postpone” the father’s participation. 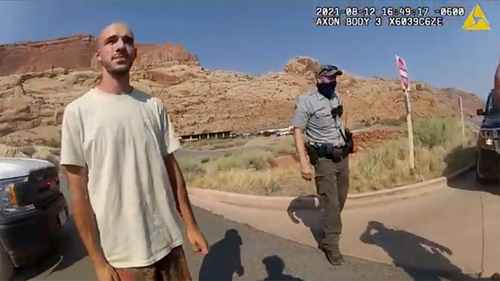 However, the North Port police have denied the claims and implied that this was against procedure.

“In no world would we be the agency asking the family to help search in an FBI-led investigation,” Josh Taylor, the North Port Police Department’s chief spokesperson, said. There is no official statement on the matter from the FBI yet.

After the police denial, Mr Bertolino said he stands by his statement but added that the request “perhaps” came from “a liaison to FBI.”

Mr Bertolino said the police “wanted to narrow down some of the places in the park that Brian had liked to visit in the past”, according to Newsday. “I think they’re just narrowing down their search based upon the inability to locate Brian on the previous days.”

Petito was travelling across the United States with her 23-year-old partner Brian Laundrie before being reported missing. Her partner returned home without her and no one had heard from her in weeks by the time her body was found.

Petito, of Blue Point, Long Island, was last seen on 24 August when she checked out of a Salt Lake City hotel with Mr Laundrie, her partner of two and a half years. She was reported missing by her family on the evening of 11 September, according to police. One of the last times she was seen was at a traffic-stopping by the police — security footage of which shows the couple had been in a physical fight.

Christopher and Roberta Laundrie have remained silent so far amid intense public scrutiny in the deceased travel blogger’s case and an ongoing hunt by the FBI. Chris, 62, and Roberta, 55, live in a normally quiet suburban neighbourhood in North Port, population 75,000, about 50 miles north of Fort Myers.

Like their son Brian, the couple led a nomadic life; public records show Chris has lived all over New York state, including Woodhaven, Bayport, Bohemia, Maspeth, Forest Hills and Sayville. 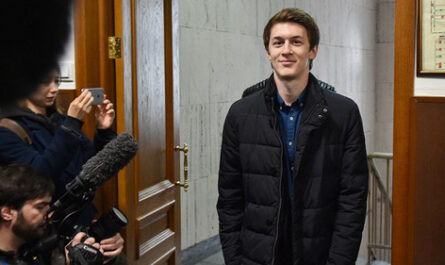