By the last shots, staff and volunteers were running out to the road on a cold night, at one point jabbing someone through the window of a car, Brooks said. One elderly woman in flip flops was photographed rolling up her sleeve on the sidewalk just as the clock ran out.

The last shots were given at about 3.45am, out on the street, with literally no time to spare.

All night, staff and volunteers with Seattle’s Swedish Health Services had been rushing to administer hundreds of doses of the coronavirus vaccine set to expire early in the morning after a freezer malfunction. Finally, they had only a few dozen shots left and about 15 minutes to get them into people’s arms.

“We were literally like . . .who can get people here? People started texting and calling and we were just counting down,” said Kevin Brooks, the chief operating officer of Swedish, who helped coordinate everything at their clinic at Seattle University. “Thirty-seven. Thirty-five. Thirty-three . . . People were showing up and running down the hall.” 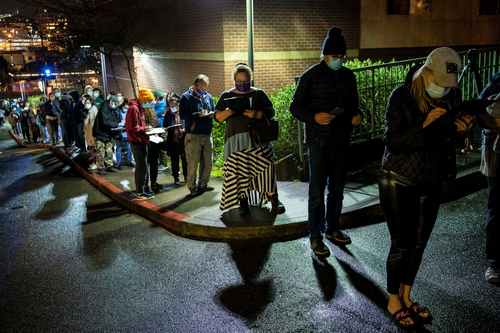 It was a familiar story: Faced with expiring vials, health-care workers distribute vaccine doses at top speed, sometimes to whomever they can find. These impromptu giveaways have been controversial at times, with both waste and out-of-turn vaccinations sparking anger. Officials are juggling strict plans meant to prioritize the most vulnerable with the urgency of inoculating as many people as possible as quickly as possible against a deadly virus.

In the end, none of the more than 1,600 soon-to-expire doses in Seattle were wasted, health officials said, after a colossal scramble that showcased both the enormous pressure on those immunizing millions of Americans and the hope these vaccine doses have brought. The rollout of shots nationwide has been plagued with bottlenecks, frustrations and disagreements over who should get protection first. But Thursday night and Friday morning were full of purpose and joy, with eager people lined up in pyjamas, frenzied activity and at one point a rendition of happy birthday.

Since the early days of the pandemic, Brooks said, “We’re the front lines of this, and it was a long year. And now we’re also shouldering the great blessing and burden of vaccinating the community.”

“The term we use is, we’re tired and we’re inspired,” he said. “And those two things are true at the same time.”

The race began at around 9 p.m., as officials at Swedish and another group, UW Medicine, learned that a refrigeration issue had caused doses at Kaiser Permanente to thaw.

Jenny Brackett, an assistant administrator at UW Medicine, was winding down for the night at home when the news came in. She said she had just been reading about another group that scrambled to use expiring vaccine doses a couple of days earlier. Stranded on a shut-down highway with little time to waste, Oregon health care workers started giving shots to other drivers in the middle of a snowstorm.

“I knew we could get the vaccinators there,” she said. “So I had every faith in that element. I knew that our nursing team would come through.” Brackett was ready to go at the hospital by about 10 p.m., she said, and their vaccine doses arrived about an hour later.

Officials say they tried their best to give the shots to people who were slated for early vaccination. That meant high-risk health-care workers and first responders, residents and staff at nursing homes, well as people 65 years or older, and people 50 years or older who live in multigenerational households.

“URGENT: We have 588 DOSE 1 MODERNA appointments available Jan. 28 11 p.m. to Jan. 29 2 a.m.,” Swedish Hospital tweeted at 10:59 p.m. Pacific time with a link to book slots, limiting sign-ups to those in high-priority groups already cleared to receive the vaccine.

At UW Medical Center-Northwest, people like Brackett called out for people 65 and over, walking up and down a queue of hundreds that snaked through hallways and then spilled outside.

“I was a little worried that the line maybe would not be too thrilled,” she said. “You know, that I am letting others go first. But that wasn’t the response I had at all. Actually, the crowd kind of cheered.”

And across sites, officials and employees said, workers were calling up union leaders, police and firefighters, even their local grocery stores in an effort to target doses – if they couldn’t go to the current vaccination tiers, then at least they could alert the people next in line.

In the end, plenty of shots went to the general public. “The overarching rule was don’t waste any,” said Cassie Sauer, the president of the Washington State Hospital Association, who says she texted updates to the governor’s office and public health officials throughout the night.

For some observers, the overnight success in Seattle seemed like proof that the country’s immunization process could move faster. “Idea: vaccinate with this level of urgency all the time,” one journalist tweeted.

Sauer said it’s not that simple, though – right now, at least.

“My dad is 80 and has Parkinson’s disease and he’s got some mobility issues,” she said. “He can’t go stand in line for hours, waiting for a vaccine. He needs an appointment.”

“I think it works as a one-time kind of emergency thing, and it might work when we get to the place where we really are doing sort of general public vaccines,” she added. “But at this moment . . . I think we need to think strategically about equity as well.”

Esmy Jimenez, a 27-year-old reporter, was out covering the scramble Thursday night but also managed to get a shot. Toward the end, she was calling up her best friend, her old roommate and fellow journalists as staff said their last doses were about to expire.

“Get in your car right now,” she ordered.

Carolyn Grant, a longtime nurse leader with UW Medicine, came out to volunteer with the rapid vaccinations. She’d come of out of retirement last March for several months to help with drive-through testing sites, “watching the numbers all across the country every single day.”

Thursday night, she was thrilled to see so many people flocking to the vaccine that others around the United States – still sceptical – were turning down.

At 64-and-a-half years old, Grant just missed the cut for the latest tier of immunizations. By 1 a.m., though, she said, the line had dwindled and she got her shot. 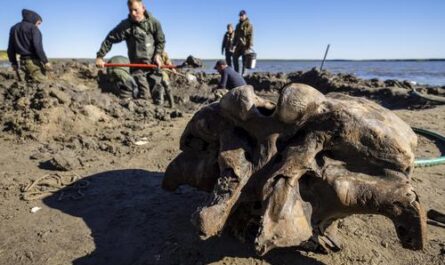