The communications regulator announced the fine on 14 January, and said Rhodes violated the Truth in Caller ID Act by making it look like the messages were coming from local numbers, a practice called “neighbor spoofing.

“Not only were the calls unlawful, but the caller took them to new levels of egregiousness,” said outgoing FCC Chairman Ajit Pai in a statement. “With today’s fine, we once again make clear our commitment to aggressively go after those who are unlawfully bombarding the American people with spoofed robocalls.”

According to the FCC, Scott D. Rhodes, a Nazi sympathizer based in Montana, fired off more than 34,000 pre-recorded messages bashing Black and Jewish politicians, Latinos, and journalists, and has until mid-February to pay off a $9.9 million fine before the case is referred to the Justice Department. 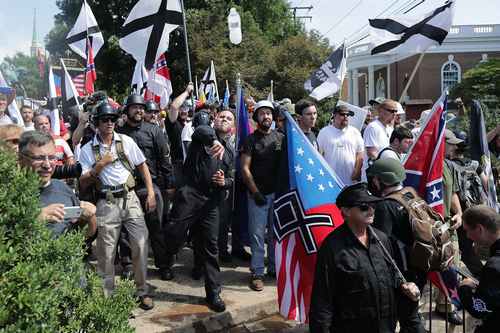 The calls, which labelled California senator Dianne Feinstein a “traitorous Jew” and urged Californians to move to North Idaho “where very white is very right” are not the first time Rhodes has attracted attention for promoting Nazi ideas.

He previously distributed racist propaganda in a high school parking lot in 2017, and harassed local authorities in Virginia with a call that featured a recording of Adolf Hitler.

Rhodes has also used the robocalls to back Semitic candidates for political office.

In July of 2018, his podcast sent out a call to back congressional candidate John Fitzgerald, an anti-Semite who had warned voters of “Jewish supremacism,” which said, “End the Jewish takeover of America and restore our democracy.”

He also blasted a town in Iowa where with an undocumented Mexican immigrant killed a young woman named Mollie Tibbetts. Her father condemned Rhodes’s calls as “everything that’s dark and wrong in America right now.”

Elections, referendum to be held next year