The Western tech giants earlier in the day removed Navalny’s apps from their online stores over a Moscow court ruling that declared his electoral network a banned “extremist” group. Critics slammed Google and Apple for bucking under the Russian authorities’ pressure after facing threats of criminal punishment for their failure to delete the apps.

“Both platforms received a notification and they have apparently decided [to delete the Navalny apps] in accordance with the letter and spirit of the law,” Peskov told reporters. 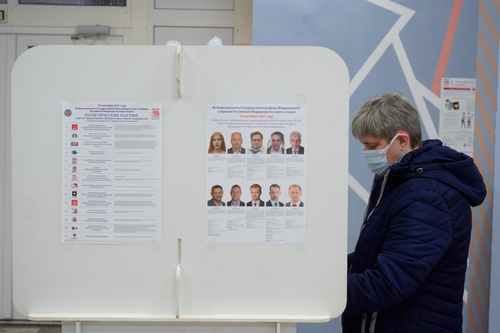 “We dislike [Smart Voting]. This is just another absolutely provocative attempt that actually harms voters. There’s no other way of treating this,” Interfax quoted Peskov as saying.

The Navalny app listed recommended candidates for its supporters to cast their ballots in favor of in order to oust incumbents from the pro-Putin ruling United Russia party during the Sept. 17-19 poll.

United Russia is widely expected to hold onto its supermajority in the 450-seat State Duma, the lower house of Russian parliament, despite its low approval ratings, after an unprecedented opposition crackdown shut out nearly all vocal Kremlin critics from the ballot.

The Russian senate’s commission on foreign interference met with Apple and Google representatives on Thursday to warn them of criminal punishment for failing to remove the Navalny app from their platforms. The commission said it also discussed the issue with the U.S. ambassador to Moscow.

Lawmakers said afterward that they were drafting a legislative package tightening rules for tech giants.

Google, Apple and social media platforms Facebook, Twitter and Telegram have been subject to several months of court-imposed fines totaling several million U.S. dollars for their failure to delete content that Moscow deems illegal, including calls to attend unsanctioned protests.

Several Navalny associates and other activists have been sentenced over their social media posts that called on supporters to attend protests this winter. 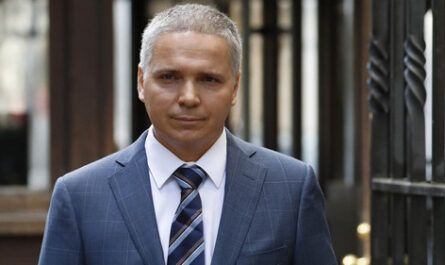 Russia’s Opposition Candidates Are Fighting Among Themselves. Again.