Russian authorities banned Proekt this summer and placed several of its journalists on their list of “foreign agents.”

Financial records show that Svetlana Krivonogikh became the owner of an apartment in Monaco in 2003 via an offshore company created weeks after she gave birth, according to The Washington Post. The luxury waterfront unit cost $4.1 million at the time of purchase, and its value is likely to have gone up since then. 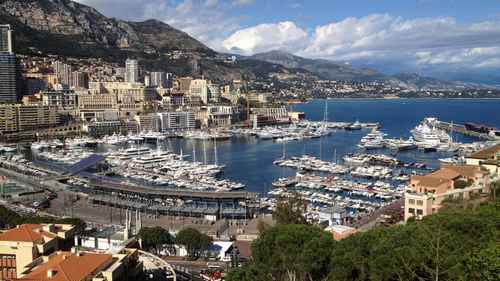 Rozova, 18, whose birth certificate does not identify her father other than by her patronymic Vladimirovna, has fueled speculation of her father’s identity without directly confirming or denying it on her social media. The Kremlin has said it is unaware of the Krivonogikh family.

The papers linking Krivonogikh to the Monaco property are part of a trove of 11.9 million documents that the International Consortium of Investigative Journalists (ICIJ) project titled the “Pandora Papers.”

The ICIJ said that Russian nationals are “disproportionately represented” in the Pandora Papers, with 14% of the more than 27,000 scrutinized companies having Russian beneficiaries and 46 Russian oligarchs found to use offshore companies.

The Pandora Papers also named the family of Sergei Chemezov, one of Putin’s oldest friends, German Gref, the CEO of Russia’s state-controlled lender Sberbank, and Konstantin Ernst, the CEO of one of Russia’s most-watched state-run broadcasters Channel One, in alleged offshore dealings.

“The cache provides a particularly expansive view of how many of those most loyal to Putin have grown exorbitantly rich and stashed assets abroad,” The Washington Post reported.

Russia said on Monday it had launched a new hypersonic cruise missile from a submarine, the latest test of emerging weapons President Vladimir Putin has dubbed “invincible.”

Moscow has in recent years touted the development of weapons that it hopes will give it the edge in any arms race with the United States at a time of growing tensions with the West. 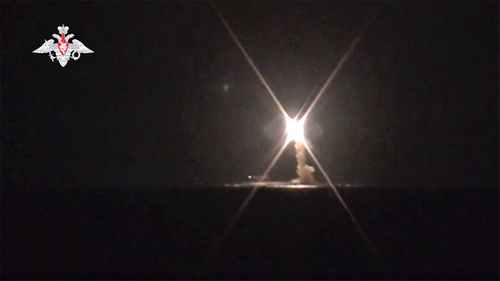 Hypersonics can travel more than five times the speed of sound and maneuver in mid-flight, making them much harder to track and intercept than traditional projectiles.

The military said on Monday it had fired a Tsirkon missile from the Severodvinsk nuclear submarine and hit a test target in the Barents Sea in Russia’s Arctic.

“The test launch of the Tsirkon missile from a nuclear submarine was considered successful,” the defense ministry said in a statement.

The Zircon had already undergone several tests in recent years, including a launch from the Admiral Gorshkov frigate.

Putin used his state of the nation address in 2018 to reveal new hypersonic weapons, including the Tsirkon, saying it could hit targets at sea and on land with a range of 1,000 kilometers.

The Tsirkon looks set to join Avangard hypersonic glide vehicles that were put into service in 2019 and the air-launched Kinzhal (Dagger) missiles in Russia’s arsenal.

The launch comes a week after North Korea said it had tested a new hypersonic weapon, becoming the latest country to join the hypersonic arms race.

Experts agree that, for now at least, Russia has an edge in their development.