A descendant of Russia’s last emperor Nicholas II has wed in a lavish ceremony on Friday, marking the country’s first royal wedding since the Bolshevik revolution overthrew the monarchy a century ago.

Romanov said that the couple chose the former imperial capital for their nuptials because it was the first place in Russia where the family returned following the Soviet collapse. 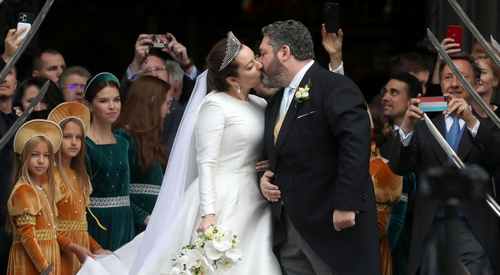 Bettarini, 39, walked the aisle in a white satin gown by designer Reem Acra, who has dressed celebrities like Beyoncé, Madonna, Angelina Jolie and Melania Trump, and a tiara designed by Chaumet, the official jeweller to Empress Joséphine and Napoléon, according to Fontanka.ru.

Among the 1,500 guests were some 50 royals from European countries including Belgium, Bulgaria, Spain and Naples, Fontanka.ru reported.

The wedding ceremony lasted approximately two hours, with only a third of the guests invited for reception at the Russian Ethnographic Museum, symbolically founded by Nicholas II.

George Romanov, 40, is a descendant of Nicholas II, who was executed by Bolsheviks along with his family in July 1918 in the city of Yekaterinburg. 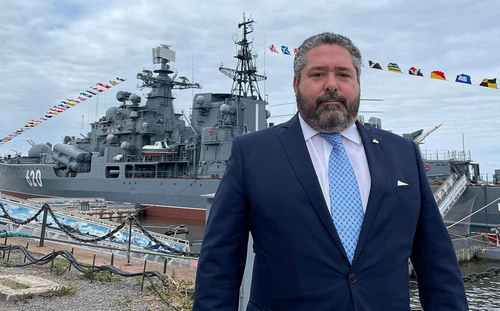 He was born in Madrid to Grand Duchess Maria Romanova and the Prussian Prince Franz Wilhelm of Hohenzollern. He spent most of his life living in Spain and France before visiting Russia for the first time in 1992 with his grandfather Grand Duke Vladimir Kirillovich, a trip he said was “filled with emotion.”

His mother is the granddaughter of Grand Duke Kirill Vladimirovich, a first cousin of Nicholas II who fled Russia during the revolution and declared himself emperor from exile.

He has worked in the European Parliament and the European Commission and has served as an advisor to the director of Russian mining giant Norilsk Nickel. Today, he works on charity projects from the couple’s residence in central Moscow.

He met Bettarini in Brussels during his time at the European Parliament. A daughter of the Italian Ambassador to Belgium, Bettarini has worked as a writer and lobbyist and now works as the director of the Russian Imperial Foundation. In the Russian imperial tradition, Bettarini converted to the Russian Orthodox faith last year and took the name Victoria Romanovna.

“A new chapter of our life book together is starting. As a writer I hope that the journey ahead will be full of love, suspense and adventure as the first part of our life book was,” Bettarini wrote on Instagram after they went public with their engagement.

Romanov told The Insider earlier this year that he hoped the wedding would show “the nice side of Russia, the beauty, the culture and the history.”

“And to also help tourism get back to its levels if we’re allowed to travel,” he said. 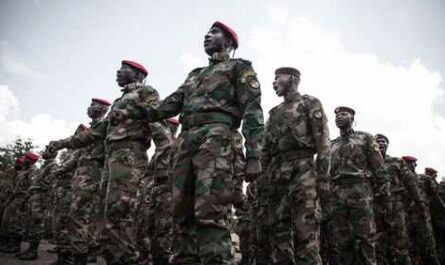