Popova, an activist who ran on a promise to pass a law against domestic violence and represent women’s issues in the Duma said the group had already identified promising candidates in Moscow and the regions.

“During my campaign, we tested the hypothesis that an agenda for gender equality and non-violence can work,” she said in a message via social media.

Three female politicians who failed to gain seats in Russian parliamentary elections critics say were marred by fraud are launching a project that aims to prepare the next generation of women lawmakers.

Former independent State Duma candidates Marina Litvinovich and Alyona Popova and former State Duma deputy Oksana Pushkina said they want to use their experiences to help women get elected to positions of power.

“We want to build a resource center for future candidates that will help women financially, psychologically, and provide help with PR and outreach,” Litvinovich told The Moscow Times. 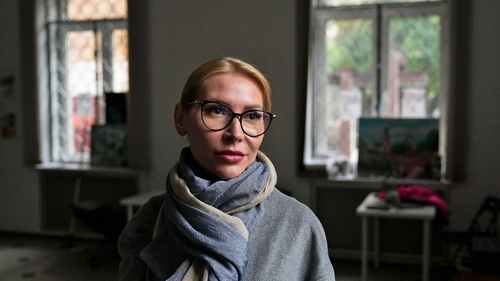 The pro-Kremlin United Russia party won a landslide victory in the September elections. Russia’s opposition has alleged massive election fraud, and questions have also been raised over a significant delay in the publication of online voting results in the capital Moscow, which eventually overhauled the voting leads secured in the offline vote by opposition candidates.

While both Popova and Litvinovich lost to United Russia candidates in the elections, they remain committed to developing a feminist agenda in Russian politics, a country that has no law to protect victims of demestic violence.

“During my campaign for the State Duma, I met with a lot of mothers who said they were inspired by my example as a mother and a politician, it made them realize that they are capable of much more than childcare,” Litvinovich said.

“I think it’s important that we inspire these women to overcome some societal restrictions when it comes to pursuing politics,” she added.

The project is still in its infant stages as organizers are deciding on the name, building the website and thinking of a social media strategy, Litvinovich said.

They are hoping to launch the project ahead of municipal elections in Moscow next fall.

“I think the feminist agenda in Russian politics is not yet well-developed and I think it will play a much larger role in the next elections,” Litvinovich said.

Russian President Vladimir Putin’s socially conservative government has launched a widespread crackdown on liberal and progressive movements over the last decade in what authorities claim is an effort to reverse Russia’s population decline and preserve traditional values.

Former deputy Pushkina, who tried to pass the domestic violence law from within the State Duma, said she felt discouraged by the lack of support from the pro-Kremlin United Russia party.

“While conservatives are running Russia, our state is going one way, and our society is going the other,” she said.