Krasnikov was one of nearly 11,500 Russians detained across the country over a two-week span from late January through early February during protests in support of jailed Kremlin critic Alexei Navalny and against President Vladimir Putin.

Many were handed fines and short-term prison sentences. Some 50 others deemed to have fought back against law enforcement officials face charges that could see them spend lengthy stints behind bars.

The time in prison has done little to quench Ruslan Krasnikov’s thirst for change at the helm of Russian government — and to fight for it through street protests.

“The protests will continue. People have suffered injustice,” he said Wednesday outside a detention center where he had just spent 10 days in Russia’s second-largest city Saint Petersburg.

“The discontent with the authorities will only keep growing,” the still pimple-faced 22-year-old added.

Citing the mass police crackdown as a reason to regroup, Navalny’s right-hand man Leonid Volkov has called for protests to be put on pause before resuming in spring and summer.

‘More angry than before’

But some young Russians are itching to carry on more than ever.

“We are more angry with the authorities than before,” said Kirill Smirnov, 28, who spent several days at a detention center in Luga, a town 140 kilometers (87 miles) south of Saint Petersburg.

“We are not criminals or extremists, we do not want to throw Molotov cocktails. We are just peaceful citizens who want to live in a just state,” he added.

Smirnov, who works in IT, said he was angered in particular by how police responded to the protesters. He had joined a rally in Saint Petersburg the night Navalny was sentenced to nearly three years in a penal colony for violating the terms of a 2014 suspended sentence for fraud.

A judge ruled that Navalny had not checked in with Russia’s prison service while recovering in Germany from a poisoning attack the Kremlin critic blames on Putin.

Many of those detained by riot police officers that night, Smirnov said, didn’t resist. But those that did — even slightly — faced rough treatment.

“I saw how the policeman simply dragged a girl who was resisting face down in the snow,” Smirnov said.

The rough treatment continued for protesters in police custody at stations, where they were held for hours before trial, they said.

Some reported sleeping on chairs; others on the floor. Several reported they weren’t given food or water.

‘This unity around us’

But for the dozen protesters that spoke with AFP after their release from detention centers — where they reported better conditions than at the police stations — the experience only cemented in their minds that they wanted to return to the streets.

Some pointed to volunteers who tracked down people who had been taken to detention centers outside Saint Petersburg, like the one in Luga, to deliver food and organize legal support, as a sign that people are prepared to fight on.

Volunteers also showed up in cars on Wednesday in case released protesters needed a ride home in temperatures that were hovering at -20 degrees Celsius (-4 degrees Fahrenheit).

For her part, Yelizaveta Burma, a 23-year-old store clerk who was released from the Saint Petersburg detention center Wednesday, said those rallying around her had lifted her spirits.

“This support from the volunteers, this unity around us is something very cool and strong, something that gives us a lot of happiness and hope,” she said. 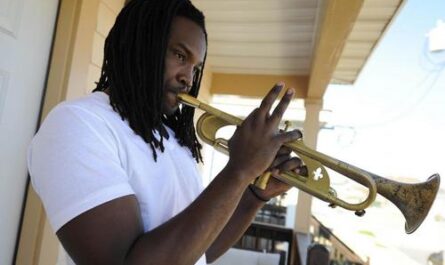