Ksenia Punina, a professor of international relations at the university, told AFP she was in shock and in pain at the beginning of an official day of mourning over the attack.

“Our university is our home,” said the 40-year-old, wearing a black mask bearing the university’s name.

Shocked and grieving Russians gathered outside a university in the city of Perm on Tuesday after a student went on a campus shooting spree, killing six people and wounding dozens.

With a heavy police cordon still around Perm State University a day after the killings, they laid red carnations and lit candles at makeshift memorials.

“It’s completely unexpected; a total shock when a man comes into your house with a weapon to your family.” 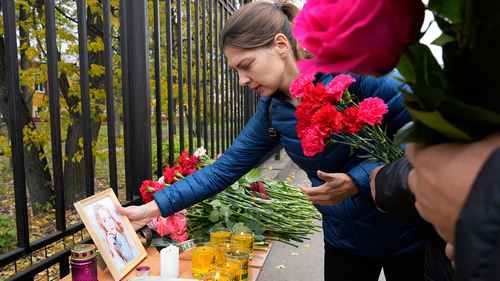 On Monday morning a university student wearing black tactical gear and a helmet roamed through the densely populated campus wielding a hunting rifle and shooting down people in his path.

He was eventually confronted by police and wounded while being detained, then hospitalized.

There has been no indication yet of any motive for the attack.

The rampage caused chaos on the campus, with footage on social media showing dozens of students leaping through windows to evade the attacker.

President Vladimir Putin described the incident, which claimed the lives of one man and five women aged between 18 and 66, as a “great loss” for the entire country.

On Tuesday morning, police had closed off the university’s mainly Soviet-era buildings except to senior staff.

The attack in Perm, some 1,300 kilometers from Moscow, was the second mass shooting to target students in Russia this year and came with growing attention on gun control laws.

‘Important to be together’

Kremlin spokesman Dmitry Peskov said Monday that legislative action had already been taken to further restrict gun-buying since the first attack this year in the city of Kazan, which left nine people dead.

He said authorities would analyze what had happened this time.

Investigators said the student who carried out Monday’s shooting had legally obtained the hunting rifle earlier this year.

Of around two dozen people injured in the attack, nine were in a critical condition, said Health Minister Mikhail Murashko, who was dispatched to the scene to coordinate a response.

One of Punina’s students was among those badly wounded, she told an AFP journalist at the memorial and had undergone surgery after being shot in the stomach.

“We really hope everything will be okay with her,” she said.

Ekaterina Nabatova, a former student who had come to pay her respects, said some of her former teachers and classmates now working at the university had been on campus during the attack.

“They were all there yesterday,” she said. “It’s very hard for the whole city. It’s important for us to be together today.”

Authorities have blamed foreign influence for previous school shootings, saying young Russians have been exposed online and on television to similar attacks in the United States and elsewhere.

In November 2019, a 19-year-old student in the far eastern town of Blagoveshchensk opened fire at his college, killing one classmate and injuring three other people before killing himself.

In October 2018, another teenage gunman killed 20 people at a Kerch technical college in Crimea, the peninsula Russia annexed from Ukraine in 2014.

He was shown in camera footage wearing a similar T-shirt to Eric Harris, one of the killers in the 1999 Columbine High School shooting in the US, which left 13 people dead. 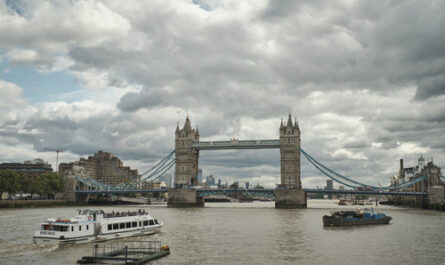