The deaths are the latest in Russia from the consumption of a cheap alcohol substitute, a persistent problem in a country where 21 million people live below the poverty line.

In the region of Orenburg, around 1,500 kilometres (930 miles) southeast of Moscow in the southern Urals, 67 people were laid low by the consumption of adulterated alcohol in the past week alone.

Thirty-four of them have died, according to a statement from local authorities cited by the TASS news agency. 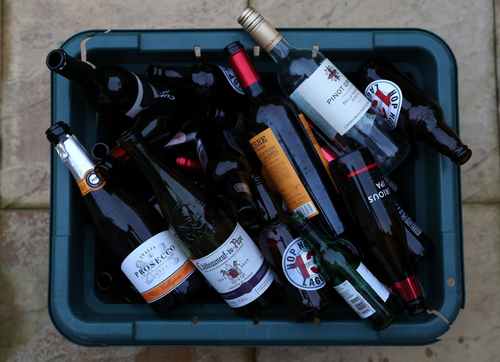 Tests showed that the victims had consumed alcohol containing methanol, which unlike ethanol — the usual form of alcohol found in drinks — is highly toxic and can cause blindness even in very small doses.

In some cases, the concentration in the body was three to five times higher than a lethal dose.

As the amount of toxic alcohol already sold is unknown, the authorities in the area are offering residents of the eastern part of the Orenburg region groceries from local supermarkets in exchange for “alcoholic beverages of dubious quality,” Tass reported.

The price of the foodstuffs offered will be “several times that of the alcohol,” according to the statement.

According to Orenburg police, thousands of bottles of suspect alcohol have been seized from shops and warehouses in the region. Testing showed that many of those bottles contained the deadly methanol.

The Orenburg branch of the Investigative Committee, which probes major crimes in Russia, said 10 people had been arrested in connection with the deaths, for producing the adulterated liquor.

The fatalities come less than a year after seven people in Russia’s Far East republic of Yakutia died in November after consuming diluted hand sanitizer.

The largest bootleg alcohol-related tragedy in recent memory was in 2016, when dozens of people died in the Siberian city of Irkutsk after drinking bath essence containing methanol, a toxic substance used in anti-freeze.

After those deaths, a Kremlin spokesman said the tragedy required “very close attention”.

Russian authorities have ramped up the law since the 2016 deaths, but the sale of bootleg liquor remains commonplace.

Who Has Been Banned From Russia’s Parliamentary Elections?