He accused the House Select Committee of leading a “fake investigation” to use “the power of the government to silence ‘Trump’ and our Make America Great Again movement, the greatest such achievement of all time.”

In a letter to David Ferriero, who acts as records custodian at the National Archives and Records Administration, White House counsel Dana Remus informed Mr Ferriero that President Joe Biden will not uphold Mr Trump’s request to use his executive privilege to prevent the release of documents requested by the committee.

After the White House declined Donald Trump’s request to withhold documents from a congressional committee investigating the Capitol riot, the former president accused Democrats of being “drunk on power” and suggested he would channel legal action to prevent their release.

“The Democrats are drunk on power, but this dangerous assault on our Constitution and important legal precedent will not work,” he said in a statement on 8 October. 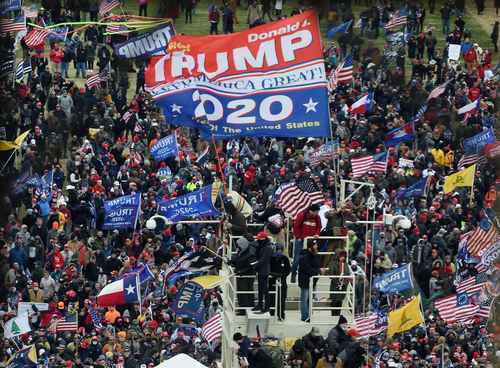 The president “has determined that an assertion of executive privilege is not in the best interests of the United States,” according to the letter.

“Congress is examining an assault on our Constitution and democratic institutions provoked and fanned by those sworn to protect them, and the conduct under investigation extends far beyond typical deliberations concerning the proper discharge of the President’s constitutional responsibilities,” the letter states.

Mr Trump has sought to declare blanket executive privilege, despite the fact that he has not been in the White House since 20 January 2021. It appears the former president’s strategy is to slow roll the process in hopes of Republicans retaking Congress in 2023.

In a letter dated 8 October to the National Archives, Mr Trump said that should the committee continue to seek records from the Trump administration, “I will take all necessary and appropriate steps to defend the Office of the Presidency.”

White House press secretary Jen Psaki told reporters on Friday that the attack on the Capitol on 6 January “posed an existential crisis and a test of whether our democracy could survive”.

The attack, fuelled by the former president’s persistent false narrative that the results of the 2020 presidential election were “rigged” against him, was a “unique attack on the foundations of our democracy,” Ms Psaki said.

“The president is dedicated to ensuring that something like that could never happen again, which is why the administration is cooperating with ongoing investigations,” she said.

Its request also seeks information related to Mr Trump’s attempts to undermine or disrupt the Electoral College count, and potential efforts to invoke the Insurrection Act, martial law or the 25th amendment to subvert the election and invalidate millions of Americans’ votes.

The committee also asked for communications and documents related to election-related protests and rallies and Mr Trump’s discussion of election conspiracy theories and attempts to challenge the outcome. 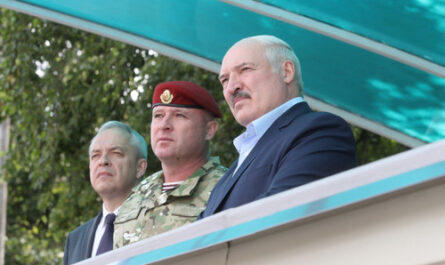 Russian Mercenaries in Belarus: All You Need to Know