The U.S. imposed sanctions at the end of 2019 in an effort to halt the construction of the pipeline, which will transport Russian gas to Europe. Trump’s administration has repeatedly slammed Germany and other European nations for their reliance on energy from Russia.

“The Europeans must stop the construction of Nord Stream 2, and the Americans must suspend the sanctions. This will give the new U.S. administration the opportunity to confidentially and calmly speak with the German government and other countries involved,” Burns said.

Germany granted a permit to build the pipeline on its territory on Friday, Russia’s state-run TASS news agency reported, but the German government has left the line open for dialogue with the U.S.

“Of course, we are very interested in discussing the Nord Stream 2 topic with the new administration in Washington,” German Foreign Minister Heiko Maas said during a press conference on Friday. 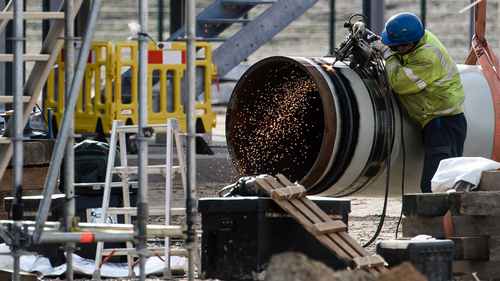 The construction of Nord Stream 2 has already resumed after being suspended for over a year due to U.S. sanctions signed off by President Donald Trump that threatened assets freezes and visa restrictions for companies involved in the $11 billion project.

Russia’s partially state-owned oil giant Gazprom holds a majority stake in the project, which also includes Germany’s Wintershall and Uniper groups, the Dutch-British giant Shell, France’s Engie and Austria’s OMV. Several European companies have already pulled out of the project due to retaliation from the U.S.

Covid testing: How does the US compare to other countries?