The Sept. 19 elections to the State Duma, Russia’s lower house of parliament, are being seen as a test of support for the ruling, pro-Kremlin United Russia party, which has seen falling approval rates in recent years.

In addition to the 450 Duma seats, Russian voters will elect members of 39 regional parliaments and nine regional leaders. Three other regional heads will be elected by regional deputies.

Russia’s parliamentary elections next week are set to be some of the least competitive in years after a number of independent and opposition candidates were barred from running.

With jailed Kremlin critic Alexei Navalny’s networks branded “extremist” organizations and members subsequently banned from the ballot, Russia’s most vocal opposition force has been urging supporters to follow its “Smart Voting” strategy which aims to oust United Russia incumbents by rallying support behind the most promising challengers.

But a slew of non-Navalny-affiliated candidates have also been barred from the ballot for a number of reasons. 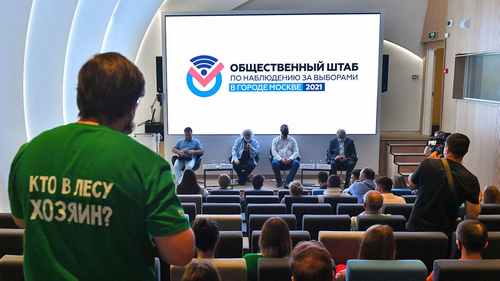 Here is a look at some of the highest-profile candidates blocked from the elections:

Leading Navalny ally Lyubov Sobol withdrew her candidacy for the Duma following Russia’s adoption of a new law banning members of “extremist” organizations from seeking office. Sobol had worked as a lawyer for Navalny’s Anti-Corruption Foundation, which was branded “extremist” in June.

Moscow municipal deputy Ilya Yashin was forced to end his campaign for the Moscow City Duma, with the city’s election commission citing the law that bars anyone associated with a terrorist or extremist organization from running for public office. Yashin maintains that he never worked for any of Navalny’s organizations and says the move was linked to his support for the Kremlin critic.

Oleg Stepanov, the former head of Team Navalny’s Moscow headquarters, was forbidden to collect the signatures needed to launch a bid to run for the Duma in June due to his work with the now-“extremist” organization. He was also sentenced to a year of restricted freedom for violating coronavirus restrictions by calling on supporters to protest for Navalny’s release in January.

Alexandra Semenova’s candidacy for the Perm City Duma was withdrawn by the Sverdlovsk District Court over her alleged involvement with one of Navalny’s groups. Semenova is married to Sergei Ukhov, the ex-coordinator of Navalny’s Perm headquarters, and took part in protests calling for Navalny’s release in January and April.

Leading Communist candidate Pavel Grudinin was barred from running for the Duma over his alleged ownership of property abroad. Grudinin denies the accusations and said he believes the decision was politically motivated. Grudinin, a wealthy agribusiness magnate who ran against Russian President Vladimir Putin in the 2018 presidential election, was meant to be third on the Communist Party’s ticket in the Duma vote.

Moscow opposition deputy Yulia Galyamina was barred from seeking a Duma seat due to her December 2020 suspended sentence for multiple violations of protest law. She has called the case politically motivated.

Prominent politician and rights activist Lev Schlossberg, ​​a regional deputy in the western city of Pskov known as a relative pro-Navalny radical within Yabloko, was barred from running for the State Duma on accusations of involvement in an “extremist” organization.

Activist Viktor Rau (republic of Altai) and journalist Natalia Rezontova (Nizhny Novgorod region) were removed from the ballot for “involvement in an extremist organization,” a likely reference to their attendance at this year’s pro-Navalny protests.

Yelena Izotova and Ruslan Zinatullin, Yabloko candidates in the republic of Tatarstan, were barred from running over their alleged involvement in an “extremist” organization.

Anatoly Nogovitsin, a candidate for deputy in the republic of Sakha, faces a similar decision as the election commission has already notified him of his involvement in an “extremist” organization.

Alexei Minyailo, an activist who was jailed in summer 2019 for protesting against the barring of opposition candidates from the Moscow City Duma race, intended to run as a candidate from the Yabloko party but the party refused to back his candidacy.

Anton Furgal, the son of jailed former Khabarovsk region governor Sergei Furgal, was blocked from running for the State Duma after the regional election committee declared 48% of the signatures he collected invalid. Furgal claims he was removed for political reasons and blamed the election commission for conducting incorrect handwriting analysis and using outdated data. He nominated himself to run for office after his father’s arrest on old murder charges sparked months of protests in Khabarovsk last year.

Roman Yuneman, a 26-year-old self-nominated Duma candidate, was unable to run after the Moscow Election Commission refused to register him for the election.

Six candidates from the “Party of Growth” were excluded from the upcoming elections in a single Supreme Court ruling. 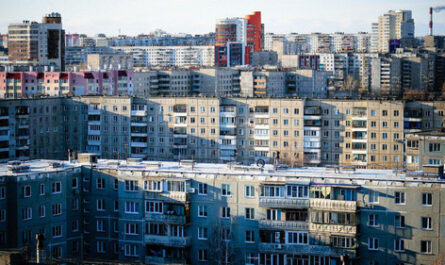