The Islamophobic conspiracy theory of “Love Jihad” is becoming increasingly mainstream in India, with the chief minister of the country’s most populous state issuing a public warning to Muslims accused of trying to convert Hindu women by marriage.

The term has repeatedly appeared in headlines in recent months and on Saturday was back in the news after Yogi Adityanath, the chief minister of Uttar Pradesh, said he would bring a special law against the so-called practice.

His statement comes after a major court ruling regarding inter-religious marriages in India, which has been seized on by far-right Hindus as support for their claims.

What is ‘Love Jihad’

The theory, perpetuated by right-wing fringe groups, is that Muslim fundamentalists conceived of “Love Jihad”, originally called “Romeo-Jihad”, with the objective of converting Hindu and Christian women to Islam through trickery, expressions of false love and even forced marriage.

Conservative Hindu groups claim the practice is aimed at converting “vulnerable” Hindu girls to Islam, to decrease the population of Hindus and increase numbers of Muslims in the country. It’s an idea that mimics other population “displacement” conspiracy theories across the world, and has no basis in fact. 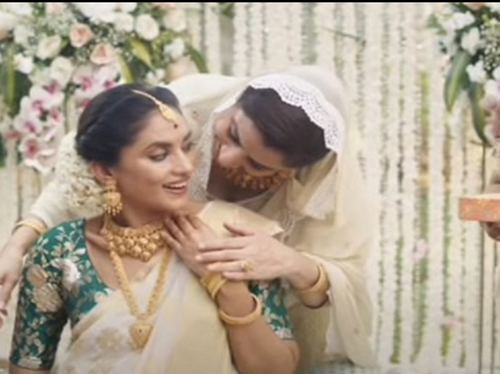 The claims have continued to find an appeal in India’s communally-charged society, despite the fact that official investigations launched in 2009, 2010, 2012 and again in 2014 found no evidence of the activity.

Where did the term originate

The term “Love Jihad” first became part of the public discourse in 2009 when Catholic Church bodies in the south Indian state of Kerala, as well as Hindu groups in Karnataka, started claiming that thousands of women had been coerced or lured into converting to Islam.

In 2009, the Karnataka police’s Crime Inspection Department (CID) was asked by the Karnataka High Court to look into allegations of “Love Jihad” in the marriage of an 18-year-old Hindu girl from Bengaluru to a 24-year-old Muslim man from Kerala. Karnataka’s then director general of police Ajay Kumar Singh said there was no proof for the claim, brought in court by the girl’s father.

That same year, the Kerala High Court ordered the police to look into the claims. In 2012, the police categorically declared that there was “no substance” to the claims that “Love Jihad” was taking place.

Charu Gupta, an associate professor at the University of Delhi, has written in a research paper that the “fake claim by the Hindu right that there is a ‘Love Jihad’ organisation” is similar to a campaign in the 1920s in north India against alleged “abductions” and conversion campaigns launched by Arya Samaj and other Hindu revivalist bodies, to sharpen the divide between Hindus and Muslims.

Why are people talking about ‘Love Jihad’ now?

The latest debate on “Love Jihad” follows on from two separate incidents that have received national attention in the past month.

One was the alleged murder of a 21-year-old Hindu woman in Faridabad, near Delhi, by a man who – her family say – was stalking her and tried more than once to abduct her. Three people have been arrested over the crime, including the accused shooter, a Muslim man.

The incident sparked protests in Faridabad, led by the victim’s family and fellow college students, as well as a flurry of outrage on social media.

The ad was met with a heavy backlash from conservative Hindus, who accused it of promoting “Love Jihad”. The company – which is the luxury jewellery wing of Tata, one of India’s largest corporations – eventually withdrew the advert.

In his comments on Saturday, the UP chief minister Mr Adityanath issued a “warning” to those who “played with the honour” of “sisters and daughters” by concealing their identities and operating secretly. If they did not mend their ways, Mr Adityanath said, then they will be receiving there “Ram Naam Satya yatra ” (funeral processions).

The chief minister also referred to a recent order of the Allahabad High Court which said religious conversion for the sake of marriage is unacceptable. The order, which was passed in September but became public last week, had dismissed a petition filed by a married couple seeking direction to others to not interfere in their married life. The court in its order observed that conversion “just for the purpose of marriage”, and where the religious belief of the party involved is not a factor, is unacceptable.

On Sunday Manohar Lal Khattar, chief minister of Haryana – another north Indian state – said that they too are contemplating legislation to combat the alleged trend of Hindu women being drawn into relationships with Muslim men and forced to convert.  Both Haryana and Uttar Pradesh are ruled by Narendra Modi’s Hindu nationalist BJP.

Feminist academics have repeatedly criticised the concept of “Love Jihad” as sexist, aside from being Islamophobic. Ms Gupta, in a 2009 essay “Hindu Women, Muslim Men: Love Jihad and Conversions”, said the professed fears over Hindu women’s conversion and “purity” is a way for Hindu men to assert themselves more forcefully in the public-political domain. 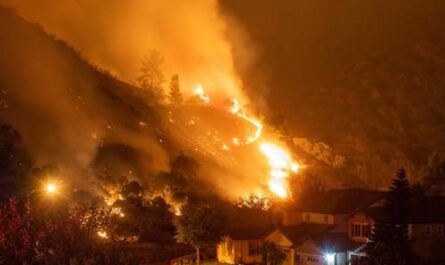