The last time seven-year-old Yacoub spoke was five years ago, before an airstrike hit a fuel truck near his home in Syria nearly wiping out his entire family.

The horrific incident, which prompted the family to flee from Deir Ezzor to Beirut, left the toddler so traumatised he became mute.

Over the last few years, Yacoub had been making progress with therapy provided by a local charity. Until Tuesday 4 August, when the sky cracked open again.

All nine of the el-Burgis children were home alone that day in Karantina, an impoverished area just a few hundred metres from Beirut port, the epicentre of the blast that destroyed swathes of the capital city.

They only survived because Yacoub’s oldest sister Nour, 17, thought an initial smaller blast was an airstrike and so made her siblings dive for cover.

“In all the years of war, Tuesday was the biggest explosion I have ever experienced,” Nour says, islanded by the shattered remains of the rooftop shack where the family of 11 live. 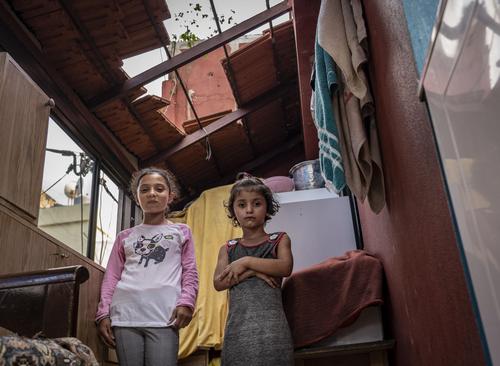 Her brothers and sister play, with wounds sustained from the debris which spun around the neighbourhood like shrapnel.

“If we had been outside, we would have died,” she adds.

Nour’s mother Iman says that since the blast the children have been badly traumatised. As she speaks a motorcycle backfires, sending Yacoub running under the table in terror.

“He screamed and cried non-stop for a week. He wets the bed and doesn’t sleep at night,” she says.

The United Nations refugee agency (UNHCR) said that at least 34 Syrian refugees have been killed in the explosion, making a fifth of the total death toll, meaning they are among the communities which have been worst impacted.

Several dozen more, like the el-Burgis family, were injured in the blast. Aid agencies say Syrian refugees and migrant communities are particularly vulnerable right now, because many of them were already living below the poverty line before the blast, many don’t have jobs or health care and they lack legal residency.

In the weeks prior to the blast the Norwegian Refugee Council (NRC) had reported a rise in Syrian refugees being evicted from their homes because of the unprecedented financial crisis that had ravaged Lebanon and the coronavirus pandemic. They fear this may continue after the explosion.

The Independent interviewed three Syrian refugee families in the blast radius that spoke of the myriad difficulties they now face, including concerns about where they are going to live.

“Like the poorest of Lebanese society, the Syrian refugees are often invisible,” says Elena Dikomitis from NRC. The charity has been offering psychological support, shelter and hygiene kits to families like the El-Burgis’s.

“After the blast, these refugees go back to being refugees with all the vulnerabilities that come with that. They will be the first one to find themselves in the street. The same goes for migrant workers as well.”

Across the city, Lucy, 29 from Sierra Leone, is one such domestic worker who has been left jobless, penniless and homeless since the blast.

The explosion destroyed the home where she was working while she was standing in it. Her Lebanese employer, who was badly injured, was shuttled off to hospital by a volunteer on a motorcycle who left Lucy – thinking that she was dead.

Trapped under masonry and partially conscious, the mother-of-three bled in the rubble for hours until she was able to gather enough strength to call for help.

“I had so many wounds, there was blood everywhere, I was lying there hopelessly until this woman saw me and put me in a car,” she tells The Independent.

Nour, 17, a Syrian refugee, saved her eight siblings by making them dive for cover just before the explosion ripped up her neighbourhood (Bel Trew)

She was treated in a hospital for free but now fears for her future.

Without a place to stay, and no job, she is living in a one-room shelter with 20 other women from Sierra Leone who are relying on a charity to pay the rent. Her employers, who are struggling with their own housing and financial issues, dropped off some clothes and $50 but have otherwise disappeared.

At least six of the 20 women were made homeless from the blast, like Lucy.

“Our employers can’t help us, our government won’t help us. We all live together in one room. We can’t stay here, we can’t support ourselves but we can’t leave. We are desperate,” she said.

The problem is many of the migrant workers do not have legal status in Lebanon and do not have families looking for them. Just before the blast, amid the country’s financial collapse, Egna Legna Besidet had recorded that at least 300 domestic workers had been abandoned on the streets by their employers who could not afford to pay them anymore or pay for them to go home.

Their governments, meanwhile, have done little to help them be repatriated home: over the last few months there have been dozens of Ethiopian women camping outside the Ethiopian embassy in Beirut demanding to be sent home. Since the blast there have been protests outside the Kenyan embassy in Beirut by Kenyan women, many of them undocumented migrants, also demanding to be repatriated.

“We have reports that some have been denied medical assistance and aid after the blast.”

This was an issue that the NRC has also documented among the Syrian refugee community.

The Lebanese government has come under fire for doing little to help those impacted by the explosion in the immediate aftermath of the disaster. Volunteer initiatives have kicked offering help to Syrian and Lebanese citizens alike.

But some Syrian families told the NRC that they were finding it increasingly hard to access aid as they felt that local power structures were discriminating against them.

One family told the NRC Syrians were being actively excluded and described facing verbal violence and racism while trying to get food and hygiene items recently. Another group of Syrian men told the NRC they faced physical violence as tensions had soared during one fraught aid distribution.

Families told The Independent they had “nowhere to turn”.

“The explosion put me straight back into Syria, we thought we were going to die,” says Hayat, 52, from Aleppo, whose husband was hospitalised by the blast.

“Now we fear we will not be able to stay in our home. But we have nowhere else to go.” 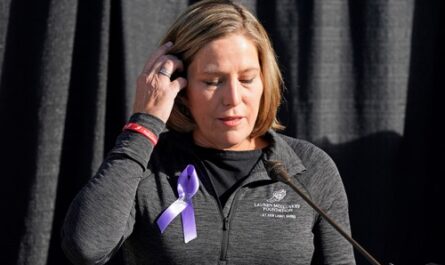 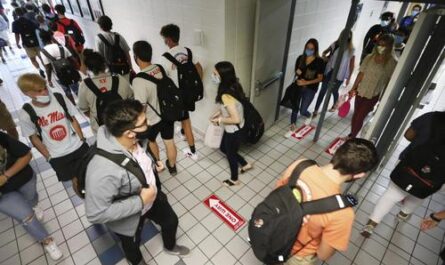