Donald Trump’s companies lost 38 per cent revenue during his final year in the White House as the Covid-19 pandemic inflicted major losses on his business empire of hotels, golf clubs and resorts.

According to his final financial disclosure report filed shortly after leaving office, Trump International Hotel in Washington DC was the hardest hit with a 63 per cent fall in revenue in 2020 – from $40.5m in 2019 to $15.1m in the past year.

“There were places that due to government mandates we were not able to operate,” Mr Trump told the Times.  “Those are places you are going to lose the season because of it.” 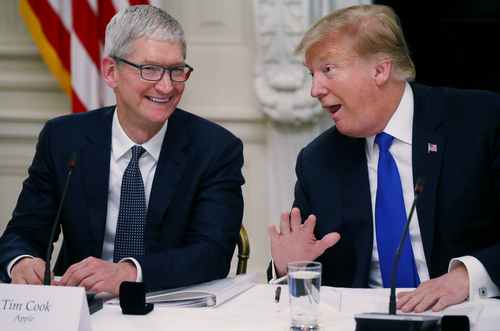 The financial disclosure covers 2020 and the first 20 days of 2021. It showed the ex-president’s total income fall to between $273m and $308m during that period. In the 12 months before his presidency, plus the first three months of his term, Mr Trump disclosed making more than $528.9m.

It leaves Mr Trump earning between 41 to 48 per cent on his way out of the White House than he was earning on the way in.

Trump’s assets were valued between $1.3bn and $1.7 bn in the disclosure. His total worth is about $2.5bn, down about $500m since taking office, according to the Bloomberg Billionaires Index.

On the plus side, Mr Trump received a $1,100 bronze bust of Mount Rushmore and a $25,970 bronze statute of the American flag being raised over Iwo Jima as part of $40,000 in gifts declared in the filing.

Among those was a $5,999 Mac Pro personally gifted from Apple CEO Tim Cook fresh off the production line from a factory Texas.

While the gift description said it was “the first created at the Flex Factory in Austin, Texas”, the company has been churning out US-made Mac Pros in Austin since at least December 2013, according to Mr Cook, or “Tim Apple” as he’s called by the ex-president. US arrests wife of El Chapo for drug trafficking