Former president Trump slammed the Washington Post and media at large on Monday, after the paper mistakenly reported that he told election officials in Georgia to “find the fraud” before issuing a lengthy correction.

“Establishment media errors, omissions, mistakes, and outright lies always slant one way—against me and Republicans,” Mr Trump wrote in a statement on Monday.

Following the November election, the ex-president spent weeks falsely alleging there was massive voter fraud which cost him a win in the state. (Secretary Raffensperger, a Republican and Trump supporter, has insisted numerous times, backed up by multiple recounts and audits, that there’s no evidence of any irregularities that would’ve changed things.)

In January, the Post reported on the substance of a 23 December call between Mr Trump and Frances Watson, the chief investigator for Georgia Secretary of State Brad Raffensperger, as the state conducted an audit in Cobb County after two recounts showed Joe Biden as the winner.

Originally, the Post incorrectly reported that Mr Trump told Ms Watson she would be celebrated as a “national hero” if she could “find the fraud,” based on a description of the call from Jordan Fuchs, the deputy secretary of state. At the time, officials did not believe a recording of the call existed.

Two months later, secretary Raffensperger released a recording of the call, which had reportedly been found on the trash folder of one of Ms Watson’s digital devices during a public records request submitted by Wall Street Journal reporter Cameron McWhirter. It revealed that Mr Trump hadn’t used those exact words.

“Trump did not tell the investigator to ‘find the fraud’ or say she would be ‘a national hero’ if she did so,” the Post wrote in its correction. “Instead, Trump urged the investigator to scrutinize ballots in Fulton County, Ga., asserting she would find ‘dishonesty’ there. He also told her that she had ‘the most important job in the country right now.’”

Ms Watson told Atlanta’s WSB-TV that she was shocked by Mr Trump’s called, but it didn’t influence her decision.

“It is something that is not expected, and as I mentioned in the call, I was shocked that he would take the time to do that,” she said.

The Georgia Secretary of State’s office defended its handling of the election results in the face of pressure from the ex-president.

“This phone call is just one more example of how Secretary Raffensperger’s office’s public comments also reflect what was said in one-on-one conversations: We would follow the law, count every legal vote and investigate any allegations of fraud,” a spokeperson told the Journal. “That’s exactly what we did, and how we arrived at the accurate final vote tally.”

Conservatives quickly seized upon the error as evidence of a media conspiracy against the former president, arguing that even with the explicit correction, the media wasn’t holding itself accountable for its coverage of Mr Trump.

Still, despite the mistake, the overarching story that Mr Trump tried to pressure Georgia officials as they tallied the election results remains true.

In another call, this one directly to secretary Raffensperger, Mr Trump tells the official he wants him to “find” more votes for him. 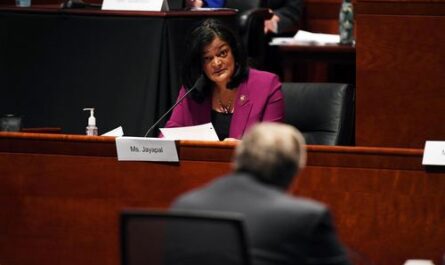 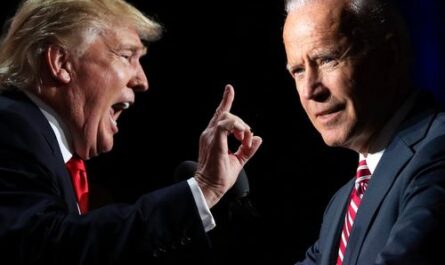