The internal US State Department watchdog chosen by Donald Trump to replace his fired predecessor has now himself resigned, marking the latest turmoil at the office that was investigating Secretary of State Mike Pompeo.

Stephen Akard took over the office of inspector general at the State Department in an acting capacity in May after the president fired former IG Steve Linick, who had been probing the details of a US-Saudi arms deal as well as allegations that Mr Pompeo was abusing the power of his office for political gain and to keep his household orderly.

“Ambassador Stephen J. Akard, the State Department’s Acting Inspector General and the Director of the Office of Foreign Missions, has announced he is returning to the private sector after years of public service,” an internal statement from the department announced to staff this week, The Washington Post reported.

Mr Akard is a former foreign affairs adviser to Vice President Mike Pence when Mr Pence was governor of Indiana.

Trump has previously said Mr Pompeo had asked him to fire Mr Linick in May, though the secretary has denied in testimony before Congress that Mr Linick’s ongoing investigation into his conduct was a factor in his decision to oust him.

Morale in Mr Linick’s office “was the worst” of any at the department.

House Democrats are not so sure.

“The Administration continues to cover up the real reasons for Mr. Linick’s firing by stonewalling the Committees’ investigation and refusing to engage in good faith,” Engel, House Oversight Chairwoman Carolyn Maloney, and Democratic Senator Bob Menendez, said in a joint statement on Tuesday.

“That stonewalling has made today’s subpoenas necessary,” the Democratic lawmakers said.

Mr Linick was one in a string of high-profile inspectors general whom Mr Trump has fired this year, causing consternation among Democrats that the president is intentionally eroding institutional checks on his own administration.

Mr Trump has removed inspectors general from the intelligence community, the Health and Human Services Department, and the Defence Department, whose IG at the time was slated to assess the government’s coronavirus response. In May, the president even openly questioned the need for department-specific inspectors general, which are in place to ensure top officials do not abuse their power or break the law.

“This removal is part of a pattern of undermining the integrity of the inspectors general and, therefore, our government,” Ms Pelosi wrote at the time of Mr Linick’s firing. 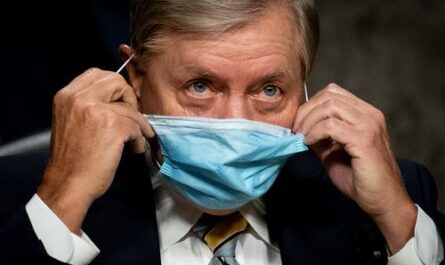