Biden ignited a diplomatic crisis with Moscow on Wednesday when he answered “I do” after being asked in an ABC News interview if he thinks Putin is a “killer,” adding that the Russian leader would “pay a price” for election meddling.

“Mr. Biden’s comment about Putin does not suit a head of state,” Erdogan was quoted as saying after Friday prayers in Istanbul.

“For me, Mr. Putin has done what is necessary by giving a very, very smart, very classy response,” he added.

On Thursday, Putin mocked Biden’s comments by saying “it takes one to know one” and wishing the 78-year-old “good health.”

Biden has not minced words for Erdogan, calling him an “autocrat” in a 2019 interview and highlighting Turkey’s deteriorating record on human rights. Turkish-U.S. relations are also hampered by Ankara’s purchase of advanced S-400 air defense systems from Moscow, which Washington says threaten NATO defenses.

Erdogan and Putin normally share a close relationship but their bond has been strained over conflicts in Nagorno-Karabakh, Syria and Libya.

Despite their opposing interests, Putin called the Turkish leader “a man of his word who does not wiggle his tail” at his annual press conference in December.

Turkey’s foreign minister arrived in Azerbaijan on Sunday for talks over the breakaway region of Nagorno-Karabakh after Baku’s arch-enemy Armenia requested security assistance from Russia.

“We are once again in Baku with our brothers to renew our strong support for dear Azerbaijan and exchange on the latest developments in Nagorno-Karabakh,” Foreign Minister Mevlut Cavusoglu said on Twitter. 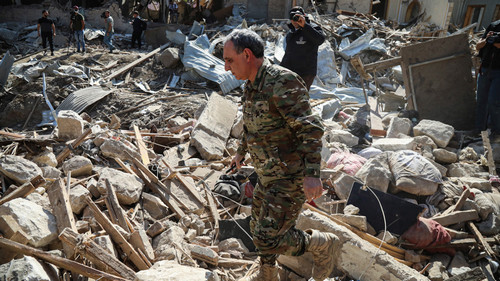 Moscow’s defense pact with Armenia does not extend to Nagorno-Karabakh and Russia said Saturday that “necessary” help would be provided if the fighting reaches Armenian territory.

At the same time, Russian foreign ministry spokeswoman Maria Zakharova said “concrete formats” of assistance to Armenia would be discussed.

Armenia’s request for assistance from Moscow further raised fears of Russia and Turkey getting sucked into the decades-old conflict over Karabakh.

Armenia and Azerbaijan have been engaged in fierce fighting for more than a month over Karabakh, a region of Azerbaijan controlled by Armenian separatists in the wake of the break-up of the Soviet Union.

The Karabakh separatist leadership accused Azerbaijan of striking civilian settlements including the strategic town of Shusha.

“In the morning the enemy forces renewed offensive operations,” the Karabakh army said.

The Azerbaijani defence ministry for its part accused Armenian forces of targeting its army and civilian settlements on Saturday and overnight.

More than 1,200 people from both sides have been reported killed in the fighting but the death toll is believed to be substantially higher. 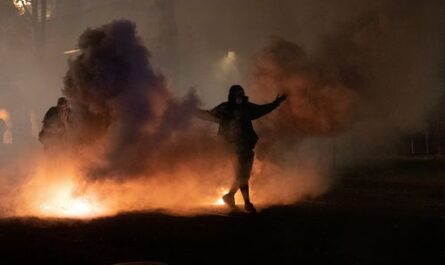