Belgium and Andorra have become the latest European countries to be added to the UK government’s “no-go” list because of a sharp increase in coronavirus cases.

Travellers arriving in England from either nation after 4am on Saturday will be required to self-isolate for 14 days, transport secretary Grant Shapps has announced. The Bahamas has also been added to the list of countries subject to the quarantine order.

The UK government has given people looking to leave the three countries for England 32 hours’ notice – far more warning than they did for Spain, which was abruptly removed from the travel exemption list on 25 July with less than five hours’ notice.

The Welsh government was first to announce the move. Vaughan Gething, Wales’s health minister, said ministers from all four UK countries had met on Wednesday “to consider the public health risk posed by an increasing prevalence of Covid-19 in Andorra, the Bahamas and Belgium”.

Travellers returning to Wales were given only until midnight on Thursday to do so, which was a near-impossible proposition.

Almost 10,000 people have died from the virus in Belgium, a per-capita rate higher than any other major country.

The country was exempted from the Foreign Office’s general advice against non-essential international travel on 4 July, and quarantine for arrivals from the country ended on 10 July.

But according to the European Centre for Disease Prevention and Control (ECDC), the 14-day cumulative number of new cases per 100,000 is almost 50 – three times higher than in the UK.

Cases in Belgium have quadrupled since mid-July, while Andorra has seen a five-fold rise over the same time span.

A government statement said: “Data from the Joint Biosecurity Centre and Public Health England has indicated a significant change in both the level and pace of confirmed cases of coronavirus in all three destinations, leading to ministers removing these from the current list of travel corridors.”

The inclusion of Andorra and the Bahamas on the no-go list is unlikely to affect many UK travellers, but the Foreign Office office says that in a normal year 1.8 million British citizens travel to Belgium.

Anyone who visits Belgium will now find that standard travel insurance policies are invalidated, and travellers returning from the country – whether direct or via France or the Netherlands – will be required to self-isolate for two weeks.

The tiny co-principality of Andorra, wedged high in the Pyrenees between France and Spain, is traditionally a winter destination favoured by British skiers keen on low prices and uncrowded slopes.

The Bahamas is also largely a winter attraction, with Nassau featuring on many cruise itineraries.

The archipelago has reintroduced lockdown restrictions, including a ban on inter-island travel, and imposed a 14-day quarantine for all arriving airline passengers.

Two countries, however, have been moved on to the exempt list: Malaysia and the small, oil-rich state of Brunei on the island of Borneo. Anyone in either nation can now travel to the UK without the need to quarantine.

Uncovering the Secrets of Russian Costume US orders airstrike in Syria against Iran-backed militia, reports say 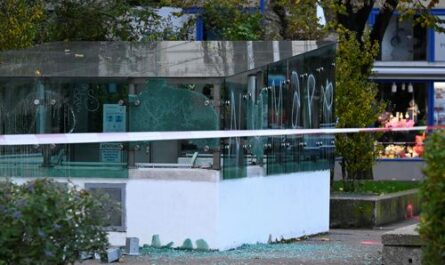