The British government has announced it will make available up to £5 million for people left homeless by the deadly explosion in Beirut that killed at least 135 people and injured thousands.

The money is part of an emergency relief package announced on Wednesday that includes specialist medical teams and NHS experts, search and rescue crews and additional support for the Lebanese armed forces.

It is unclear exactly when the relief package would be delivered, but according to Sky News an advance team of British military personnel will depart for Beirut within 24 hours to assess the situation.

France, the former colonial power in Lebanon, has already sent planes filled with rescuers, medical equipment and a mobile clinic. Two planes departed Wednesday, and President Emmanuel Macron will follow them to Lebanon on Thursday to meet with his Lebanese counterpart Michel Aoun.

The French presidency said in a statement that the aid would include 15 tonnes of sanitary equipment and a mobile clinic equipped to treat 500 people. Some 55 rescue specialists were due to arrive on Wednesday to help rubble clearing and rescue.

One day after the blast, which was caused by the ignition of some 2,700 tonnes of ammonium nitrate that was being stored at the port, rescue workers and residents picked through the rubble to find survivors.

In one moment, as many as 300,000 people in Lebanon’s capital of Beirut were made homeless, according to Beirut’s governor Marwan Aboud. An as yet unknown number of lives and livelihoods were extinguished in that same blast.

“This was a devastating explosion which has caused enormous suffering and damage. The UK is a long-standing friend of Lebanon and the Lebanese people, and will stand with them in their hour of need.”

The UK is perhaps better placed than most to help Lebanon in its time of need. Britain maintains two large military bases on the island of Cyprus, just across the Mediterranean – the closest of which is around 150 miles away. There is currently no indication that forces at either have been mobilised to help with the disaster in Beirut.

The United States, which has imposed sanctions on some Lebanese banks in an effort to squeeze the Lebanese Hezbollah movement, said it “reaffirmed its steadfast commitment to assist the Lebanese people as they cope with the aftermath of this terrifying event” in a statement from the State Department.

Other countries also stepped up to support and have already sent supplies.

Meanwhile, urgent medical and humanitarian supplies were being sent from the International Humanitarian City in Dubai, United Arab Emirates. 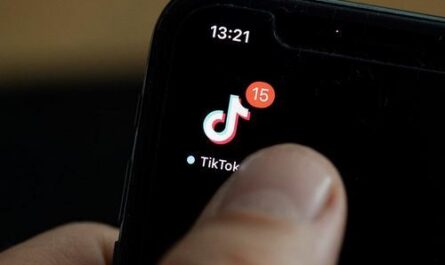 Trump says he will ban TikTok in the US