The British government has suspended the provision of military training to Belarus’ army, amid accusations that the UK has been “strengthening and legitimising” the country’s dictatorship.

The Independent reported last month that UK military instructors had been teaching Belarusian troops as recently as March this year, despite the country being widely regarded as a dictatorship.

Following the revelations, ministers quietly announced this week that any training had been temporarily stopped, “in light of recent events” – likely a reference to the popular uprising against the country’s rigged presidential election.

Campaigners said the UK should never have been training the Belarusian army in the first place, given its “appalling human rights record” and said there should be no return to the old policy once attention had gone elsewhere.

Junior defence minister James Heappey said in a written statement that the UK and Belarus had “shared a cooperative defence relationship which aims to promote mutual learning and understanding through events such as winter survival training, language training and peacekeeping training” – omitting to mention other courses overseen by the UK such as “advanced command”. 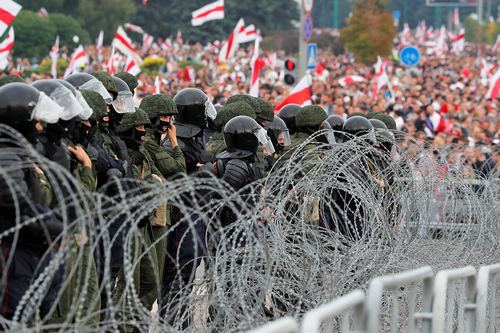 The minister added: “However, in light of recent events we have decided to suspend our defence engagement programme with Belarus and will keep this under close review.”

In the aftermath of Belarus’s contested 9 August elections, thousands of protesters have been detained by authorities, hundreds thought to have been tortured, and at least four have died.

Tens of thousands of people took to the streets across the country again this week, while authorities withdrew accreditation from 17 reporters, mostly for foreign media outlets.

The UK has said it does not accept the result of the elections, with the foreign secretary Dominic Raab describing it as “fraudulent” and calling for an investigation by the independent OSCE.

He said the world had “watched with horror at the violence used by the Belarusian authorities to suppress the peaceful protests”.

But the latest repression came as little surprise in the country, which think-tank Freedom House has consistently rated as “not free” on account of it being “an authoritarian state in which elections are openly orchestrated and civil liberties are tightly restricted”.

“It is vitally important that this is a lasting change. There cannot simply be a return to business as usual once the headlines have gone away. There must be an end to the duplicitous and hypocritical approach to foreign policy that has allowed this to happen.” 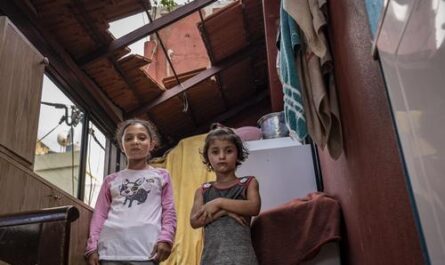