The United States has carried out an airstrike against an Iran-backed militia in Syria, the Pentagon has confirmed.

President Joe Biden ordered his first military action as commander-in-chief on Thursday in an apparent response to rocket attacks against the US in Iraq.

Officials said the strike was against a structure belonging to the militia, and it was in response to an attack in Iraq that killed a civilian contractor and wounded a US service member and other coalition troops.

The site is believed to be used as part of a weapons smuggling operation by the militias, CNN reported.

The strike, ordered by Mr Biden, was designed to damage the group’s ability to carry out further attacks, a defence official also told Politico.

“This proportionate military response was conducted together with diplomatic measures , including consultation with coalition partners,” the Pentagon’s chief spokesman, John Kirby, said in later announcing the strikes. 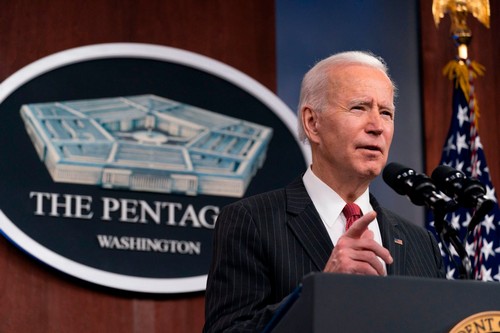 “The operation sends an unambiguous message: President Biden will act to protect American and coalition personnel. At the same time, we have acted in a deliberate manner that aims to deescalate the overall situation in eastern Syria and Iraq.”

The following week a rocket attack in the Green Zone in Baghdad appeared to target the US Embassy compound, but there were no injuries.

Iran has denied having any links to the Guardians of Blood Brigade.

The US now only has 2,500 troops in Iraq and they no longer participate in combat missions with Iraq’s military against the Islamic State.

Reuters contributed to this report. 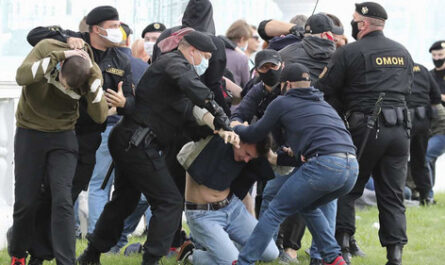