The US State Department has lifted its international travel advisory advising Americans against travelling during the coronavirus pandemic, stating it would now look at countries on a case-to-case basis.

In March, the department first implemented an international travel advisory as the coronavirus ravaged through parts of Europe and China. It was then announced in a statement on Thursday that the department would lift the advisory – which has remained at the highest alert level as a level 4 since 19 March – in collaboration with the Centres of Disease Control and Prevention (CDC).

“With health and safety conditions improving in some countries and potentially deteriorating in others, the Department is returning to our previous system of country-specific levels of travel advice … in order to give travellers detailed and actionable information to make informed travel decisions,” the release said.

It added the State Department would go back to issuing travel advisories – from a level 1 up to a level 4 – for specific countries depending on the individual conditions. All information about which countries were under travel advisories are available to the pubic at Travel.State.gov.

“This will also provide US citizens more detailed information about the current status in each country,” the statement continued. “We continue to recommend U.S. citizens exercise caution when travelling abroad due to the unpredictable nature of the pandemic.”

The State Department issued its “do not travel” warning on 19 March, just three days after they issued a level 3 advising against most travel.

Lowering this travel advisory comes as more countries are now experimenting with flying and tourism to spark an increase in their own economies. But it doesn’t mean people will be able to go wherever they want to go now.

The European Union issued a ban on US travellers starting on 1 July as coronavirus cases continue to soar in America. The country leads the world in number of cases, more than 4.8 million, and deaths, over 159,000. Also, the Canada-US border remains closed for travellers unless they are immediate family members.

The Bahamas even initially announced it would ban Americans from travelling before deciding in mid-July that people would be required to quarantine for 14 days instead.

In comparison, the US has issued its own travel bans from people travelling from China, Europe, the United Kingdom, Northern Ireland, and Brazil during the pandemic. 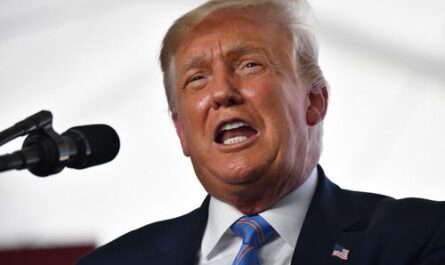 Louie Gohmert says face mask might have given him coronavirus