A video circulating on social media shows a Hong Kong protester being beaten by five officers during demonstrations in the city.

The man is first hit from behind before each officer begins repeatedly striking the man with batons. He is cornered and pushed to the floor before four more officers arrive at the scene.

One onlooker is heard saying “he didn’t even do anything”. According to the Hong Kong Police Force, the man was arrested for possessing an offensive weapon, wielding a metal rod and threatening bank staff. He allegedly fled the scene at around 5pm on 5 March before being found nearby.

Police said the protester refused to surrender the weapon despite a warning and he was arrested using “necessary force”.

Some on Twitter said the video was further evidence that the UK government should use its Magnitsky-style sanctions on Chinese government officials, who they accused of unleashing violence throughout the protests. 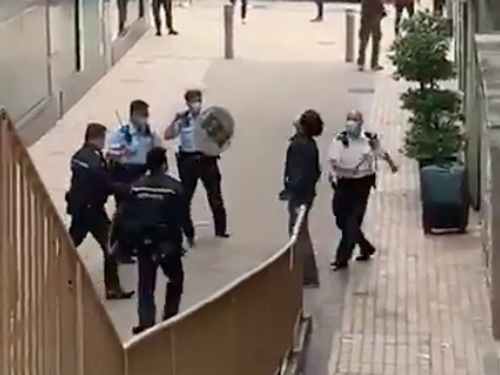 Last week, 47 pro-democracy activists were detained with “conspiracy to commit subversion” – a crime that under the new national security law is punishable with life imprisonment – in a major government crackdown on dissent.

Pro-democracy protests began in 2019 when fears mounted that Hong Kong’s “one country, two systems” model was under threat. 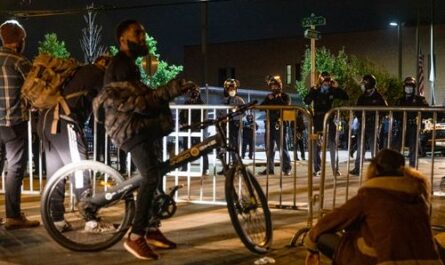