The trial will not only focus on Mr Floyd’s final moments, where Mr Chauvin knelt on his neck for minutes on end as he pleaded for air, but will explore limited evidence of past incidents where force was used on other people Mr Chauvin was arresting, according to a ruling from a Minneapolis court last week.

Authorities in Minneapolisbuilt barbed wire barriers and protective walls ahead of the trial of the former Minneapolis police officer. Mr Floyd’s death in May 2020 set off nationwide protests that lasted for several months last summer.

The trial is one of the biggest civil rights cases in a generation. Here’s what you need to know ahead of these major developments:

What was his encounter with police?

On 25 May, a convenience store employee in Minneapolis called 911 and said that Mr Floyd, 46, had bought cigarettes with a counterfeit $20 bill. The clerk asked him to return the cigarettes, but Mr Floyd refused, and seemed “drunk and not in control of himself,” according to 911 logs. 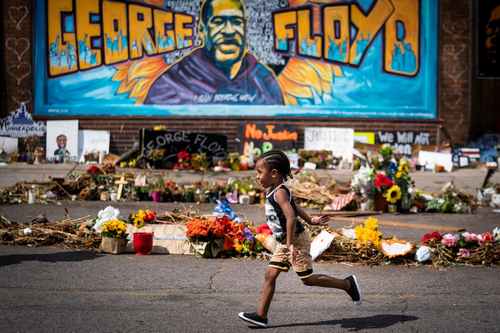 The group moved to detain Mr Floyd and he was soon face-down on the ground, as a bystander began live-streaming video of the encounter on Facebook. Video shows Mr Chauvin kneeling on Mr Floyd’s neck for more than 8 minutes, as he pleads over and over again that he can’t breathe, echoing the “I can’t breathe!” plea from Eric Garner – who was killed by New York police officers in 2014 – that became a rallying cry at Black Lives Matter protests.

Bystanders begged the police to relieve the pressure on Mr Floyd, who began losing consciousness and at one point called out “Mama”, even though his mother had been dead for years. According to the video, Mr Chauvin kept his knee on Mr Floyd’s neck even after he lost consciousness, a full minute and 20 seconds after the arrival of paramedics, who police called because they thought Mr Floyd was in medical distress.

The former officer was reportedly close to pleading guilty to third-degree murder and avoiding federal civil rights charges, before Trump administration attorney general William Barr intervened, believing the investigation wasn’t complete. Mr Chauvin’s lawyer did not respond to a request for comment from The Independent.

How did he die?

In June, the Hennepin County, Minnesota, medical examiner described Mr Floyd’s death as a homicide, and said he went into cardiopulmonary arrest as Mr Chuavin kept his knee on his neck. The examination also pointed out “hypertensive heart disease,” “fentanyl intoxication” and “recent methamphetamine use” as other notable medical conditions surrounding the death.

Mr Floyd’s family conducted a private autopsy of their own, and said he died from “asphyxia due to neck and back compression” at the scene of the arrest.

Who was George Floyd?

Friends and family described Mr Floyd, a former high school sports star known by nicknames like Big Floyd and Big Friendly, as an amiable, gentle man, despite his imposing, 6’7” build. The Houston native struggled with drugs, homelessness, and prison time, but eventually became committed to youth mentorship and his church, and was an active member of the city’s vibrant hip-hop scene.

Mr Floyd grew up the son of a single mother in a public housing project in Houston, Texas’ Third Ward, and was a star football and basketball player, earning a partial athletic scholarship to a small college in Florida.

He never graduated from university, however, and bounced between jobs in construction and security, as well as in and out of prison for drug and theft charges for more than a decade, before earning parole and becoming active in a local Houston church near where he grew up.

In 2014, seeking to change his circumstances, he moved to Minneapolis, where he worked in security, until Covid caused him to lose his job over the summer. He and Mr Chauvin may have actually crossed paths before, when Mr Floyd was working as a bouncer inside the El Nuevo Rodeo night club, and Mr Chauvin was working outside as the club’s off-duty police officer. (The club burned down in the riots that followed Mr Floyd’s death.)

Why does the George Floyd case matter?

It will be the latest test of a justice system that rarely prosecutes police who harm or kill unarmed Black people, even when they’re caught on video doing so, whether it was the Los Angeles police who savagely beat Rodney King in the ‘90s, or the officers involved in the more recent killings of Eric Garner in New York, Michael Brown in Missouri, and Breonna Taylor in Kentucky.

Mr Floyd’s death helped inspired massive protests across the country and the world, as demonstrators tired of police killings took to the streets. By some measures it may have been the largest protest movement in US history. 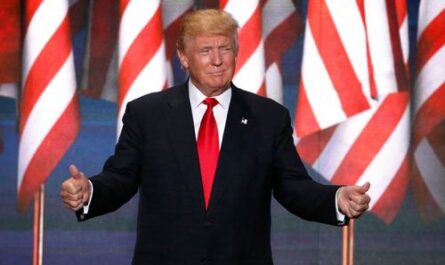