At a time when the Indian government and Twitter have locked horns over free speech on social media platforms, Koo – a homegrown app modelled along the lines of the US-based microblogging site – is being promoted as its made-in-India rival.

Though the app had previously earned a special mention from India’s prime minister Narendra Modi during a monthly radio address last year, it shot to prominence this week after the government used it to respond to a blog post issued by Twitter itself.

The mounting tension between the Modi government and Twitter saw the company declare on Wednesday that it would not comply with a government order to remove almost 1,200 accounts over posts about the ongoing farmers’ protests in India.

The website issued a blog post saying it would make some accounts inaccessible in India but not act against the accounts of journalists, activists and politicians, citing free speech concerns. 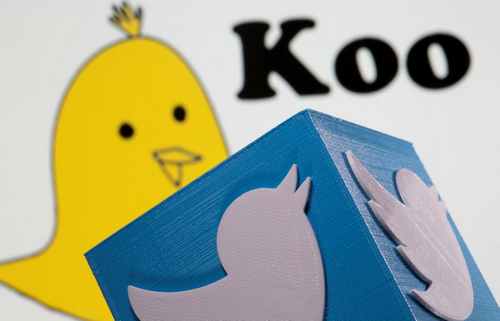 The Ministry of Information, Electronics and Technology took to Koo to respond to the blog post, seemingly a first. It “kooed” that the IT secretary was “to engage with senior management of Twitter,” and described it as “unusual” for the company to preempt this meeting with a public statement.

Not long after, members of the ruling right-wing BJP and its supporters actively started promoting Koo online as a local alternative to Twitter, with commerce minister Piyush Goyal and Madhya Pradesh state’s chief minister Shivraj Singh Chouhan already having joined the platform.

Koo, which means chirp in Hindi, also has a bird for a logo, though it is without wings and yellow in colour. The key features of the app are also inspired by the San-Fransisco based giant, as it allows the users to deploy hashtags (#) and the “@” symbol for mentions. And, like Twitter, a user can “re-koo” a post on the platform to share it themselves.

The homegrown app, offers users the option to post in five Indian languages including English, and has restricted the total number of characters in posts to 400. The Twitter character limit is currently 280.

The number of people downloading Koo has surged 10-fold in the past two days, Reuters reported, with #kooapp being the top Twitter trend in India. The app is now reported to have more than three million users.

Despite ministries and high-profile figures – including Bollywood actors – having joined the platform, the app is still dwarfed by Twitter which has over 17.5 million users in India.

In fact, despite his endorsement and his party’s promotion of the app, Mr Modi himself is yet to join it. The prime minister has more than 100 million followers on Twitter across two official profiles. Who is Emma Coronel Aispuro, wife of ‘El Chapo’?