The death of Ginsburg last week has given the president the chance to appoint a third justice to the bench, and add a sixth conservative to the court.

Mr Trump updated his list of candidates earlier this month and these three women have all been tipped as the potential nominee to go forward for confirmation in the coming weeks.

Devout Catholic Amy Coney Barrett is a mother of seven who adopted two children from Haiti and who has a son with Down syndrome.

Ms Barrett is reportedly a member of the ultra-conservative charismatic Christian group “People of Praise.”

Ms Barrett was a former clerk to late Justice Antonin Scalia and was appointed by Mr Trump to a seat on the 7th US Circuit Court of Appeals.

She was reportedly on the shortlist to fill the 2018 vacancy created by the retirement of Justice Anthony Kennedy, that eventually went to now-Justice Brett Kavanaugh. 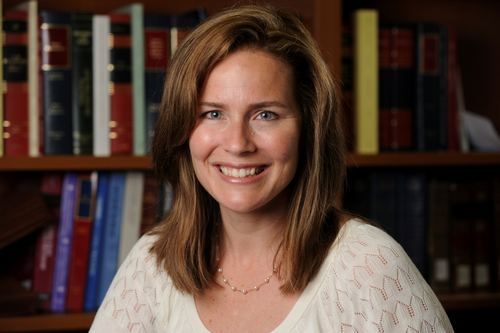 Pro-life Ms Barrett, 48, grew up in a suburb of New Orleans, Louisiana before graduating from Rhodes College and attending law school at Notre Dame on a full-tuition scholarship.

During her Senate hearing for the 7th Circuit she became embroiled in a heated exchange with Senator Dianne Feinstein of California over her religion.

“You have a long history of believing that your religious beliefs should prevail. The dogma lives loudly within you,” Senator Dianne Feinstein, Democrat of California, told her.

Liberal groups have raised concern over how Judge Barrett might rule on the Affordable Care Act and abortion rights.

Ms Barrett and husband Jesse Barrett, a lawyer, live in South Bend, Indiana, and she is known to do a CrossFit -style workout with university faculty members.

Barbara Lagoa is the Miami-born daughter of Cuban exiles who fled the island to escape Fidel Castro’s Communist revolution.

If appointed she would become the first Supreme Court Justice from the politically important swing state of Florida.

Ms Lagoa, 52, sits on the 11th Circuit Court of Appeals and before that she was the first Cuban American woman on the Supreme Court of Florida.

If appointed Ms Lagoa would become the second Justice of Latin descent joining Justice Sonia Sotomayor, who was appointed by Barack Obama in 2009.

Ms Lagoa was a member of the pro-bono legal team representing the Miami relatives of Cuban boy, Elian Gonzalez, whose mother drowned while they tried to escape to the US.

She has given judgements in more than12,000 cases and written 400 opinions and is close to the Federalist Society, which promotes conservative judges.

Catholic Ms Lagoa has not written extensively on abortion but during her Senate confirmation she wrote that she would “faithfully apply…precedents” on Roe v. Wade.

Supporters have described her as an originalist who would interpret the Constitution like the late Justice Antonin Scalia.

Ms Lagoa and husband Paul Huck Jr, have three daughters, and her father-in-law is US District Judge Paul Huck.

Allison Jones Rushing would become the youngest member of the Supreme Court at just 38-years-old if appointed.

Ms Rushing hails from Hendersonville in western North Carolina and after graduating from Duke law school she clerked under Supreme Court Justice Clarence Thomas and Justice Neil Gorsuch, before he was promoted to the bench.

Both Thomas and Gorsuch hold conservative views on  issues such as abortion, affirmative action, prayer in schools and LGBT rights.

Ms Rushing was appointed by Donald Trump to the 4th Circuit Court of Appeals in Richmond, Virginia, in 2018 and confirmed by the Senate in March 2019.

While in private practice she spent a lot of time on Supreme Court litigation, filing 47 briefs.

Ms Rushing has also worked with the Alliance Defending Freedom a conservative group that fights to protect religious liberty.

The ADF was called an anti-LGBTQ hate group by the Southern Poverty Law Center in 2016.

Ms Rushing, who is marred to Blake Rushing, was also a volunteer legal advisor for Mitt Romney’s 2012 presidential campaign.

Her supporters like Senator Thom Tillis have called her “a strong conservative choice who would uphold the constitution.”

But liberal critics such as Vanita Gupta, the president of the Leadership Conference on Civil and Human Rights say she has “denounced marriage equality, opposed remedies for discriminatory lending practices, and rejected efforts to end housing discrimination against domestic and sexual violence survivors.” 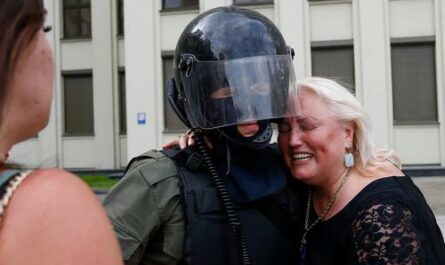