Ms Jassy, who is a fashion designer for Eddie Bauer Inc and also Amazon’s marketing manager, donated $250 to Mr Sander’s campaign as he ran against Hillary Clinton and others, reported Business Insider.

Busniness mogul Jeff Bezos announced Tuesday he would step down as the CEO of the $1.7 trillion global retail giant Amazon later this year. Mr Bezos, who is the world’s richest man, would be replaced by Mr Jassy, the CEO of Amazon Web Services.

“I’m excited to announce that this Q3 I’ll transition to Executive Chair of the Amazon Board and Andy Jassy will become CEO,” Mr Bezos said in a letter to employees.

While Mr Jassy limited his donations to the Amazon corporate political action committee, which contributes to both parties, his wife donated to a number of Democrats, including staunch Amazon critic Mr Sanders. 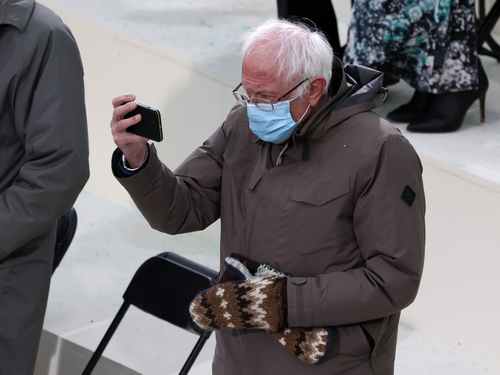 In 2018, Mr Sanders, an independent Vermont senator, introduced the Stop BEZOS Act bill in the senate to tax big companies the full amount of welfare claimed by their workers because of the low-wages they receive.

“Jeff Bezos, the wealthiest man alive, became $83 billion richer over the past nine months while Amazon made record profits. Meanwhile, Amazon workers are risking their lives to fill holiday orders and are denied paid sick leave and hazard pay. This ugly corporate greed must end,” Mr Bernie tweeted in December, 2020.

Amazon, in response, denied the claims and said, “everyone makes at least $15/hr *double the federal minimum wage*”.

The incoming CEO of Amazon will have to tackle ongoing issues with labour unions, allegations about the company’s working conditions, and calls of scrutiny of wealth by government.