A prominent Yale University professor married to the original “Tiger Mom” has been suspended over allegations that he sexually harassed students.

Jed Rubenfeld, the Yale law professor married to Amy Chua – who wrote a book about Chinese methods of parenting – was on Monday placed on leave for two years following an investigation by university authorities.

The 61-year-old has been accused by students of inappropriate touching, attempted kissing and verbal harassment – allegations that spanned decades, according to the New York magazine.

Mr Rubenfeld denies all the claims.

Mr Rubenfeld said he has been falsely targeted because of his stance on Yale’s IX rule, which he previously said could make someone incorrectly think they have been the victim of sexual assault.

Sources told the New York Magazine that there has been a “whisper network” about Rubenfeld’s behaviour for years.

One told the publication that a male alumnus once her: “You’ve not scraped the bottom of the barrel when it comes to Rubenfeld’s behaviour. Stay away.”

No other details about the incidents have come to light and Rubenfeld continues to strongly refute the accusations against him.

“I absolutely, unequivocally, 100 per cent deny that I ever sexually harassed anyone, whether verbally or otherwise,” he told the New York Magazine.

“Yes, I’ve said stupid things that I regret over the course of my 30 years as professor, and no professor who’s taught as long as I have that I know doesn’t have things that they regret that they said.”

He added: “Ironically, I have written about the unreliability of the campus Title IX procedures. I never expected to go through one of them myself.

“I think subsequent to me having written some controversial articles about sexual assault, that I became a target of people making false allegations against me,” he said.

Mr Rubenfeld’s wife Amy Chua, who is also a law professor, is perhaps best known for her bestselling parenting guide the ‘Battle Hymn of the Tiger Mother‘.

In the book, Mrs Chua claimed that raising children the “Chinese way” is more effective than how mothers bring up their children in the Western world, gaining her the nickname “Tiger Mom”.

“Western parents try to respect their children’s individuality, encouraging them to pursue their true passions, supporting their choices, and providing positive reinforcement and a nurturing environment,” she writes in her book, which was excerpted by the Wall Street Journal.

“By contrast, the Chinese believe that the best way to protect their children is by preparing them for the future, letting them see what they’re capable of, and arming them with skills, work habits, and inner confidence that no one can ever take away.”

Some of Ms Chua’s mottos include the idea that “nothing is fun until you’re good at it” and “every day that you don’t practice is a day you’re getting worse.” 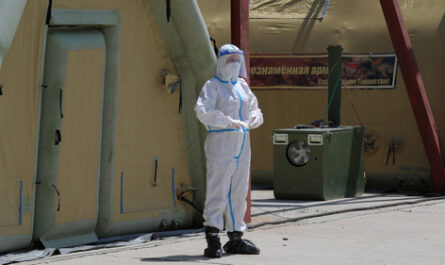