Democratic Rep Eric Swalwell pointed directly to Mr Trump and the former secretary of defence Mike Pompeo, accusing them of covering up the murder.

“Not surprising but not to be forgotten: President Trump and @mikepompeo covered up the murder of a US resident and journalist,” he said.

Mr Trump’s administration had access to intelligence naming Prince Mohammed as culpable in the murder of Khashoggi, according to a newly released report from the Biden administration.

Scott Dworkin, the executive director of The Democrat Coalition, also weighed in on Mr Trump’s knowledge of the crown prince’s role.

“Trump knew the crown prince was behind Khashoggi’s murder, but helped cover for him instead. Got it,” he wrote.

Sen Tim Kaine appeared on CNN to offer his perspective on the report, and said he supported Congressional action on the newly released information.

“I’m not happy with the lack of accountability for MBS. He ordered it,” he said. “President Trump knew it, and there needs to be accountability … We’re going to have to explore in Congress what more we can do.” 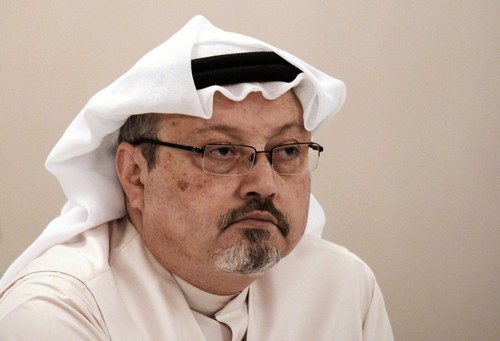 Sen Elizabeth Warren also commented on the killing, saying she was glad the world would be aware of the crown prince’s involvement in the murder.

“I’m glad the Biden administration released this assessment so the whole world can see Mohammed bin Salman for who he is,” she wrote.

The report details the killing of Khashoggi, spelling out in no uncertain terms that the assassination was ordered by Saudi Arabia’s crown prince Mohammed bin Salman, who previously claimed he had no knowledge of the hit.

Khashoggi was considered a threat by the crown prince, and was abducted by a hit team and killed at the Saudi Embassy in Turkey. Reports suggest the columnist was killed and dismembered with a bone saw, and implicated Prince Mohammed as well as 21 others.

Much of the intelligence about the murder was obtained by Turkish spies collecting information at the Saudi embassy.

In November 2018, Mr Trump released a statement downplaying the assassination that seemed focused on moving past the murder in an effort to not fray US relations with the kingdom.

Mr Trump emphasised the importance of US arms sales to Saudi Arabia and claimed threats from Iran made it important for the US to remain in good standing with the country. He also undermined the allegations that the crown prince was involved.

“Our intelligence agencies continue to assess all information,” Mr Trump wrote, “but it could very well be that the crown prince had knowledge of this tragic event — maybe he did and maybe he didn’t!”

Mr Trump made the statement at a time when CIA reports had already established that the crown prince was almost certainly involved in the slaying.

The same month Mr Trump made the statement, intelligence officials told Congress that they were confident the crown prince gave the order to have the columnist killed.

The next year, Congress passed a measure requiring the executive branch to provide lawmakers with an unclassified report on Khashoggi’s murder, but the Trump administration never complied with the directive.

The recently released report confirms publicly that the crown prince was behind the assassination.

Joe Biden has spoken to King Salman of Saudi Arabia in the wake of the report’s release. The details of that discussion have not been made public, but the White House report on the call did not suggest that the men discussed the report. However, officials speaking with The New York Times said the men did discuss the report.

Mr Biden’s administration has already decreased the number of arms sales to the kingdom and has stopped supporting the nation’s war in Yemen.

Officials speaking to the paper said Mr Biden plans to isolate the crown prince, and has not had direct contact with him. 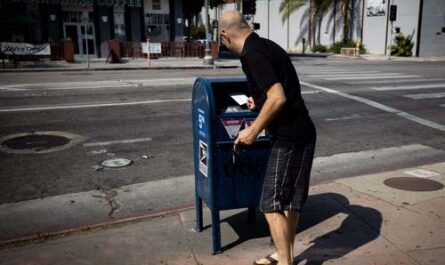