The massive container ship that became wedged across the Suez Canal nearly a week ago has finally been shifted.

The Ever Given veered into the eastern bank on 23 March, leaving both its bow and stern aground in a one-way stretch of the vital waterway.

Dredgers moved some 30,000 cubic metres of sediment from around the vessel before tugs were able to pull her clear on Monday afternoon, with the help of high tide. It was managed without removing any containers, which would have lengthened the process considerably.

Peter Berdowski, chief executive of Boskalis, the Dutch salvage firm drafted in to rescue the Ever Given, praised workers for their efforts, conducted “under the watchful eye of the world” and subject to “unprecedented” time pressure.

The blockage has left about 400 ships waiting to transit the canal, which carries 10 per cent of the world’s trade. Passage was set to resume on Monday evening, authorities said.

Dozens of ships diverted around the Cape of Good Hope instead of waiting out the delay, adding more than a week to their voyages and eye-watering sums to their fuel bills from the extra 3,000 nautical miles. The extra sailing time could pump 1,600 tonnes more carbon dioxide into the atmosphere per vessel, Lloyds List Intelligence said.

The Ever Given’s grounding may cause problems for “several weeks” particularly for companies that rely on parts or raw materials from Asia, according to Paul Adams, from management consultants Vendigital.

Ranjith Raja, of the data firm Refinitiv, added: “Considering container ships account for the majority of vessels waiting for transit, they are expected to cause a shock to the supply chain, specifically for the manufacturing and automobile sector which usually operates on the just-in-time principle.

“This isolated incident is expected to have subsequent cost implications and delays to the wider consumer goods mainly for the European, Middle East and Asian markets.”

Refinitiv also estimated that Egypt and the Suez Canal Authority (SCA) had lost $95m (£68.8m) in revenue over the last six days.

After she was refloated Ever Given was towed north to the Great Bitter Lake, a large expanse of water halfway along the canal. There she was due to undergo inspection, her technical manager, Bernhard Schulte Shipmanagement (BSM), said. The company also praised Ever Given’s 25-strong Indian crew for their “hard work and tireless professionalism”.

The firm said it would cooperate with the investigation into the crash, adding: “There have been no reports of pollution or cargo damage and initial investigations rule out any mechanical or engine failure as a cause of the grounding.” In previous statements it said that two SCA pilots had been aboard when the ship ran aground in high wind.

Ever Given is one of the largest ships in the world at 224,000 tonnes and 400 metres long, and can carry 20,000 containers. The Panama-flagged, Taiwanese-operated and Japanese-owned ship was sailing from China to Rotterdam when she ran aground. 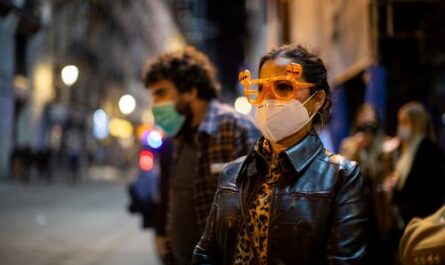 Australia has no local case 1st time in months