While France’s own vaccination program has suffered from delivery delays and bureaucratic troubles, Macron told the Journal du Dimanche newspaper in an interview published Sunday that “African countries are asking us, justifiably, about their access to vaccines.”

Macron met with global pharmaceutical CEOs and vaccine experts in recent days to discuss programs to fight vaccine inequality, to help end the pandemic and revive economies faster. Among those programs is the U.N.-backed COVAX, which has suffered a slow start because of funding shortages and lack of commitment from some major world powers.

“We must speed up this effort further because each week counts,” Macron was quoted as saying. He also said vaccines made in China and Russia should be “integrated into this great multilateral effort against the pandemic.”

Scientists say it’s still too early to predict the future of the coronavirus, but many doubt it will ever go away entirel y. Germany tightens border checks to keep out virus variants. Japan has formally approved its first COVID-19 vaccine. China fires back at U.S. COVID probe allegations. A tight supply creates reluctance over federal vaccine sites. 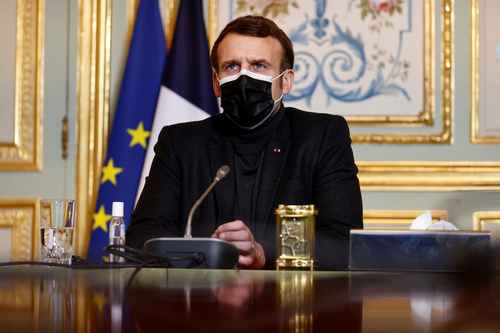 BELGRADE, Serbia — Serbian police say they have arrested three people for organizing a party with about 1,000 guests at a nightclub in Belgrade in violation of rules against the new coronavirus.

Police said on Sunday that the three are suspected of “not abiding by the health regulations during an epidemic.” The statement says suspects have been placed in two-day detention and will be taken before a prosecutor.

Bars, restaurants and clubs in Serbia are allowed to work with limited capacity and remain open until 8p.m. as part of antivirus measures. But health officials recently have warned of widespread disrespect of the rules and announced tougher controls.

Local media reported that police on Saturday evening broke into a packed club in central Belgrade that was open after the allowed hours. Videos from the scene showed people inside the club with loud music in the background.

Serbia has reported more than 400,000 cases of infection with the new coronavirus and over 4,000 confirmed virus-related deaths.

DUBAI, United Arab Emirates — Saudi Arabia has extended restrictions on gatherings, entertainment and indoor dining for another 20 days to curb the spread of the new coronavirus.

The measures being renewed on Sunday also include the closures of cinemas and gyms.

Earlier this month, the kingdom suspended parties and weddings and shuttered shopping malls and sports centers to fight a rise in infections. The country also halted the entry of foreigners from 20 countries.

Saudi Arabia saw a peak in coronavirus cases in June. The kingdom brought daily reported case figures down under 100 in early January, but reported 337 cases and four deaths on Saturday, according to government statistics.

BEIRUT — Lebanon administered its first jabs of COVID-19 vaccine on Sunday, with an intensive care unit physician and a 93-year-old comedian becoming the first to receive Pfizer-BioNTech doses.

Lebanon launched its inoculation campaign a day after receiving the first batch of the vaccine — 28,500 doses from Brussels, near where Pfizer has a manufacturing facility. More were expected to arrive in the coming weeks.

The rollout will be monitored by the World Bank and the International Federation of the Red Cross and Red Crescent Societies to ensure safe handling and fair and equitable access for all Lebanese.

BELGRADE, Serbia — Serbia on Sunday donated a first batch of 8,000 doses of Pfizer COVID-19 vaccines to North Macedonia, which is yet to deliver its first jabs.

Serbia, a country of 7 million, has so far vaccinated some 600,000 people, mainly with the Chinese Sinopharm vaccine and Russian Sputnik V, and to a lesser extent with the Pfizer jab. The country has been one of the most successful in Europe in terms of how fast it has rolled out the vaccine among its population.

By contrast, North Macedonia, like most of other Western Balkan countries, has not yet secured a single dose of the coronavirus vaccine for its population of 2.1 million.

LOS ANGELES — Los Angeles County officials say that the Northridge Hospital Medical Center violated county rules when it provided coronavirus vaccines to teachers and staff at the Wesley School in North Hollywood. Teachers and school employees are not currently authorized to receive doses for the vaccine.

The Wesley School’s interim head, Julie Galles, says the school did not seek out the vaccines but did not clarify how the inoculations occurred.

The Los Angeles Times reported the incident raised concerns about how equitable vaccine distribution is in the county, especially with shortages and other logistical issues hampering distribution. Parents at the school include the Northridge Hospital Medical Center’s chief financial officer, Douglas Brown.

LITTLE ROCK, Ark. — The number of people hospitalized in Arkansas with the coronavirus fell below 700 on Saturday, according to the Arkansas Department of Health.

There were 690 virus hospitalizations, 22 fewer than Friday, the department reported, while the number of reported virus cases rose by 954 and there were an additional 40 deaths due to COVID-19, the illness caused by the virus.

WELLINGTON, New Zealand: In a significant setback to New Zealand’s efforts to keep the coronavirus from spreading in the community, three people from one family have tested positive with the source of the infections unknown, health officials announced Sunday.

The news has prompted Prime Minister Jacinda Ardern to cancel appointments and return to Wellington for further briefings and decision-making.

Officials say they’re keeping an open mind on how the Auckland mother, father and daughter caught the disease. They said the mother works at an airline catering company, and officials are investigating whether there is a link with returning passengers who are infected.

Officials said the daughter’s high school will be closed on Monday and Tuesday as a precaution, but so far they have not announced any broader restrictions.

OKLAHOMA CITY — The number of reported coronavirus cases in Oklahoma has surpassed 400,000.

Data from Johns Hopkins University shows Oklahoma was fourth in the nation in the number of new cases per capita, with 855 cases per 100,000 residents. The data shows the seven-day rolling average of deaths in the state fell during the past two weeks from 37 to 34 deaths per day.

More than a half million Oklahoma residents have received the coronavirus vaccine, including 114,208 who have received both doses, according to the federal Centers for Disease Control.

MARSEILLE, France — It’s been a tough year for the performing arts in most countries, with virus lockdowns canceling shows and shuttering venues.

But the world’s top circus festival has found a way to flourish between the cracks in the rules — even without the huge crowds that would normally have attended.

Ending Saturday in the Mediterranean port city of Marseille, the fourth edition of the Circus Biennale (BIAC), held every two years in the south of France, celebrates the injury-defying and spine-stretching arts that fuel the storied spectacle.

Even that is a testament to the grit and determination of the organizers, who skillfully adapted their festival to the French authorities’ rules and regulations. 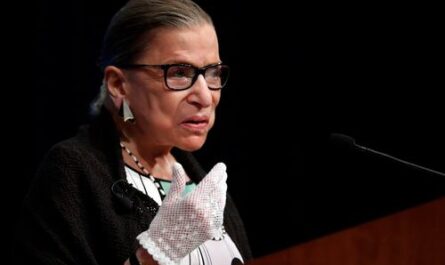