Germany has passed the mark of 2 million confirmed COVID infections since the start of the pandemic.

The country’s disease control agency said Friday that there were 22,368 newly confirmed cases over the past 24-hour period, taking the total to 2,000,958.

The Robert Koch Institute said there have been 44,994 deaths linked to the coronavirus, an increase of 1,113 in a day.

German news agency dpa reported that newspapers carried significantly more death notices during the period until October 2020 than in the previous year.

The Saechsische Zeitung daily, which covers the eastern state of Saxony now badly affected by the outbreak, had three instead of the usual two obituary pages.

While much of Europe is increasingly locked down, Spain insists it can stay open and still beat the virus. 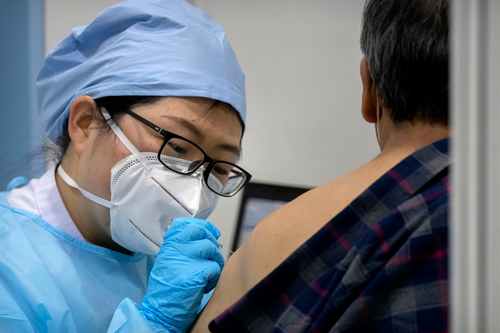 BRUSSELS — Belgium is strengthening its rules for travelers entering the country by train or bus in a bid to limit the spread of a more contagious variant of the coronavirus first detected in Britain.

In a statement Friday, Belgium’s Interior ministry said travelers arriving from a country outside the European Union or the Schengen space with a high contamination rate will now be submitted to the same rules as those coming by boat or plane.

The ministry said the measures are precautionary.

According to virologist Marc Van Ranst, who spoke to local broadcaster VRT on Friday, about 100 cases of people infected by new variants of the virus have been registered so far in Belgium. He said that figure could probably be multiplied by 100 for the true number.

More than 20,000 people have died of COVID-19-related causes in Belgium, a country with 11.5 million inhabitants. Health authorities said Friday that there were 17,966 additional deaths in the country in 2020 compared with the previous year.

ISLAMABAD — Pakistan’s education minister says authorities will start reopening schools in phases from Jan. 18 despite a steady increase in deaths and infections from the coronavirus.

Schools were closed in November when data showed that the country’s positivity rate had jumped to about 7 percent.

The rate has since come down to 5.9 percent, which is still high, according to experts.

Pakistan has reported 514,338 infections and 10,863 deaths since the pandemic began in February.

BEIJING — China says it is now treating more than 1,000 people for COVID-19 as numbers of cases continue to surge in the country’s north.

The National Health Commission said Friday that 1,001 patients are under care for the disease, 26 of them in serious condition. It says 144 total new cases were recorded in the previous 24 hours.

The province of Hebei, just outside Beijing, accounted for 90 of the new cases, while Heilongjiang province farther north reported 43 new cases.

While there have been no reports of hospital bed shortages, Hebei has begun constructing a new quarantine center outside the provincial capital of Shijiazhuang in case it is needed.

Shijiazhuang and the cities of Xingtai and Langfang are under virtual lockdown, confining more than 20 million people to their homes.

WILMINGTON, Del. — President-elect Joe Biden says he knows his $1.9 trillion coronavirus plan “does not come cheaply” but he says America can’t afford to fail to pass the plan.

Biden said Thursday night that by investing now “boldly, smartly and with unwavering focus on American workers and families,” the plan will strengthen the economy, address inequity and set America on a more sustainable financial course.

Biden’s plan faces an uncertain future. Democrats have narrow margins in both chambers of Congress and the legislation would be paid for with borrowed money, adding to trillions in debt the government has already incurred to fight the pandemic.

WILMINGTON, Del. — President-elect Joe Biden is calling the Trump administration’s rollout of coronavirus vaccines a “dismal failure” and says he will unveil his own plans on Friday to speed up inoculations.

In unveiling a $1.9 trillion plan for dealing with the pandemic, Biden said Thursday night that “this will be on the most challenging operational efforts we have ever undertaken as a nation.”

He says that “we will have to move heaven and earth to get more people vaccinated.”

The Trump administration announced earlier this week that it will release all available vaccine doses. It said it will direct states to immediately begin vaccinating every American 65 and older as well as tens of millions of adults with health conditions that put them at higher risk of dying from the virus.

WILMINGTON, Del. —President-elect Joe Biden says his priority is effectively combatting the twin crises of a pandemic and the sinking economy.

Biden said during a speech Thursday night that “we have to act now” to help the “millions of Americans, through no fault of their own,” who have lost “the dignity and respect that comes with a job and a paycheck.”

He discussed the framework of his $1.9 trillion “American Rescue Plan,” which includes $1,400 checks for most Americans and would extend a temporary boost in unemployment benefits and a moratorium on evictions and foreclosures through September.

The proposal also includes plans to speed up the vaccine rollout and provide financial help to individuals, states and local governments and businesses struggling with the prolonged economic fallout. 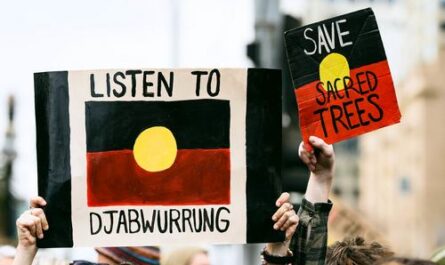