India’s homegrown vaccine developer Bharat Biotech has warned people with weaker immunity and other medical conditions that include allergies, fever, or a bleeding disorder to consult a doctor before taking the shot — and if possible avoid the vaccine.

The vaccine by Bharat Biotech ran into controversy after the Indian government allowed its use without concrete data that showed it was effective in preventing illness from COVID-19. Tens of thousands of people have been given the shot in the past three days after India started inoculating its health care workers last weekend in what is likely the world’s largest COVID-19 vaccination campaign.

The company Tuesday said those receiving jabs should disclose their medical conditions, medicines they are taking and any history of allergies. It said symptoms of a severe allergic reaction in vaccine recipients may include difficulty in breathing, swelling of the face and throat, rapid heartbeat, body rashes, dizziness and weakness.

India on Jan. 4 approved the emergency use of two vaccines, one developed by Oxford University and U.K.-based drugmaker AstraZeneca, and another by Bharat Biotech. But the regulator took the step without publishing information about the Indian vaccine’s efficacy.

Most hospitals in India are inoculating health care workers with the AstraZeneca vaccine. But the turnout, particularly in those hospitals where the Bharat Biotech vaccine is being administered, has been relatively low, health officials said. 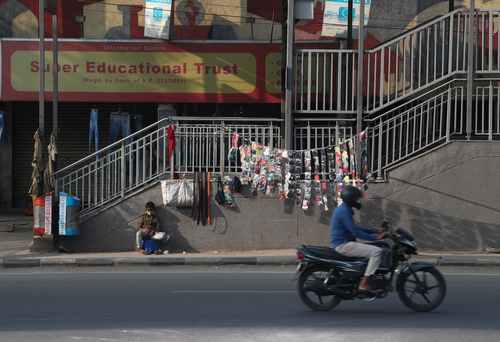 Hospitals in New Delhi that have been administering the Bharat Biotech vaccine have seen many doctors hesitate to take the shot.

India’s health ministry on Monday said that 381,305 people have been vaccinated in the country.

— Continuing high numbers of new infections are making the virus genetically diverse, and each mutation threatens to undo progress

— Dubai promotes itself as the ideal pandemic vacation spot, but the virus is shaking the foundations of its economy

— Hospital chaplains are on the front lines, helping patients unable to see families and putting themselves at risk

The country reported a total of 118 newly confirmed cases Tuesday — most of them in Jilin province, the Hebei region just outside Beijing and Heilongjiang province bordering Russia.

A fourth northern province, Liaoning, has also imposed quarantines and travel restrictions to prevent the virus from further spreading, part of measures being imposed across much of the country to prevent new outbreaks during during February’s Lunar New Year holiday.

Authorities have called on citizens not to travel, ordered schools closed a week early and conducted testing on a massive scale.

WELLINGTON, New Zealand — Travelers to New Zealand from most other nations will need to show negative coronavirus test results before boarding as of next Monday.

New Zealand recently imposed the test requirement for travelers from the U.S. and Britain, and authorities said Tuesday that it is being extending to all other countries, with the exception of Australia and a handful of Pacific Island nations. Travelers returning from Antarctica are also exempt.

COVID-19 Response Minister Chris Hipkins says New Zealand has some of the strictest border measures in the world.

There is currently no community spread of the virus in New Zealand, with all known infections among travelers who have been put into quarantine at the border. Most travelers are required to spend two weeks in quarantine upon arrival.

The message from Jen Psaki came Monday evening after the White House said President Donald Trump had lifted the restrictions for those countries, effective Jan. 26.

Psaki then tweeted: “On the advice of our medical team, the Administration does not intend to lift these restrictions on 1/26.”

She added, “In fact, we plan to strengthen public health measures around international travel in order to further mitigate the spread of COVID-19.”

Trump imposed the travel restrictions early in the pandemic to slow the spread of the coronavirus to the U.S. They prevented most people without American citizenship or residency from traveling to the U.S. from the affected regions. 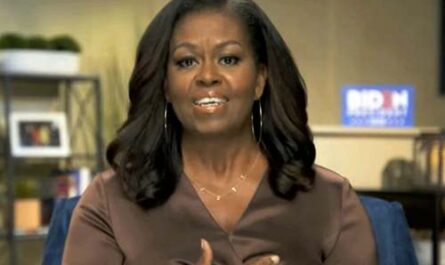