Russian state laboratory Vektor on Tuesday announced it was launching research into prehistoric viruses by analyzing the remains of animals recovered from melted permafrost.

The Siberia-based lab said in a statement that the aim of the project was to identify paleoviruses and conduct advanced research into virus evolution.

The research in collaboration with the University of Yakutsk began with analysis of tissues extracted from a prehistoric horse believed to be at least 4,500 years old.

Vektor said the remains were discovered in 2009 in Yakutia, a vast Siberian region where remains of Paleolithic animals including mammoths are regularly discovered.

Researchers said they would probe too the remains of mammoths, elk, dogs, partridges, rodents, hares and other prehistoric animals.

Maxim Cheprasov, head of the Mammoth Museum laboratory at Yakutsk University, said in a press release that the recovered animals had already been the subject of bacterial studies.

But he added: “We are conducting studies on paleoviruses for the first time.” 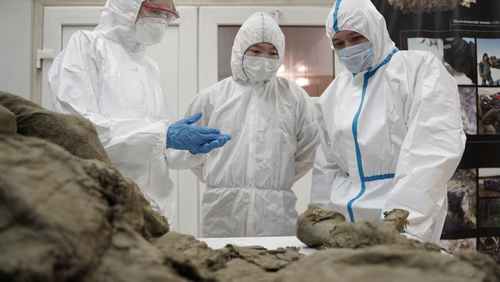 A former center for the development of biological weapons in Soviet times, the Vektor laboratory in Siberia’s Novosibirsk region is one of only two facilities in the world to store the smallpox virus.

Vektor has developed a vaccine against the coronavirus, EpiVacCorona, which was licensed in October in Russia and is scheduled to begin mass production later this month.

Scientists say the Arctic is warming twice as fast as the global average, endangering local wildlife as well as releasing carbon stored in the melting permafrost.

Russian Scientist Who Worked on Coronavirus Vaccine Stabbed, Falls Out of Window

A Russian scientist who was said to have worked on a coronavirus vaccine was found dead with a stab wound outside a St. Petersburg high-rise, authorities and local media said over the weekend.

The body of geneticist and molecular and cellular biologist Alexander Kagansky, 45, was found in the courtyard of a 16-story apartment block Saturday. The Fontanka.ru news website reported that he had been visiting an old schoolmate on their birthday the day of his death. 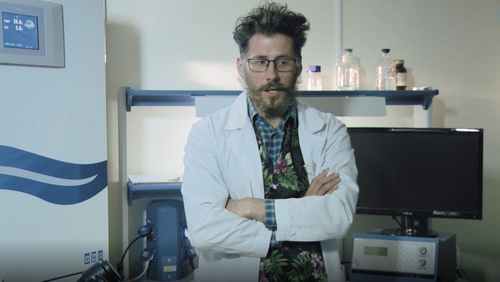 Russia’s Investigative Committee, which only identified Kagansky by his birth year of 1975, said it detained an unnamed 45-year-old suspect as part of a murder investigation.

The suspect denied that he had stabbed Kagansky and claimed that the scientist had wounded himself, Fontanka.ru reported, citing unnamed sources.

Fontanka.ru added that the 45-year-old suspect, who was due to be released Monday after 48 hours spent under arrest, is expected to take a lie detector test. The Nevskiye Novosti news website identified Kagansky’s old classmate as former Nezavisimaya Gazeta newspaper employee Igor Ivanov.

The outlet also reported that Kagansky, whose affiliations included the Maryland-based National Cancer Institute and the University of Edinburgh, was recently working on a Covid-19 vaccine in Scotland.

The Vladivostok-based Far Eastern Federal University, where Kagansky led the Genomic and Regenerative Medicine Center at its School of Biomedicine, said it mourns the death of an influential scientist whose works were regularly published in leading global scientific journals.