A woman on TikTok has shared safety tips for women that her Secret Service agent father taught her over the years, which she said saved her life.

Lauren Bell, a boutique owner in Pennsylvania, saw a recent video about a stalking incident she faced going viral, after she shared advice from her father which included tips on how to spot if someone is following you, among many others.

In the viral video, she revealed her father taught her to “question everything, question everybody,” which led her to be alert at all times and notice a man following her around in a store, as she noticed him three different times at the same shop.

“I just turn around and just start staring him down,” she said, stating that she noticed an eagle tattoo on the man’s body.

“I make eye contact with him. And one of the things that my dad taught me was (that) clothes can be removed, hair can be changed, but birthmarks and tattoos are always permanent.”

She said she initially tried to buy time, but the man appeared again when she entered the parking area and started talking to her.

“He’s like, ‘Hey, I have an opportunity for you where you can make a tonne of money, why don’t you come to my car, I have a flyer in my car right now,” she said in the video. 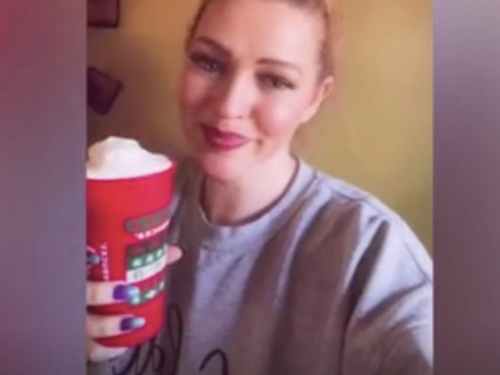 What made her concerns grow was that the car park didn’t have many people around. She said moving to her own car would have allowed him to track down her address from the licence plate.

She instead prepared to “make a scene” to alert people around her. But as she noticed another car parking up, she moved to the driver to ask for help, which intimidated the alleged stalker and he ”bolted away like a maniac”.

“It just goes to show, guys, this kind of stuff can happen anywhere, any place, any time of day. This was a Sunday, 4.45pm, super close to home, and thank god that I was aware.”

She also shared a video of quotes by her father as part of a popular trend where users post quotes from their loved ones, presenting them like inspirational quotes on scenic backgrounds.

In one quote, her father’s advice is: “Never turn your back towards the door.”

Mace, he says “is meant to be kept in your hand, not your purse” — as it would be totally useless if it can’t be reached quickly enough.

He also told her to only “order drinks that come in bottles” because “they are harder to drug.”

“No one in Miami is your friend,” says one quote. “Nothing good comes after 11pm,” says another. “Never take a jog before 8am.”’

In another clip Ms Bell says if you suspect a car is following you, take four right turns.

“When you take four right turns you essentially just walked or drove in a complete circle, so if someone is actually going to a destination and not following you, they wouldn’t be making circles,” she says, explaining that makes it easier to tell the police that someone is indeed following you.

“When I was growing up my dad always drilled into my head – ‘know where you are at all times, know your surroundings,” she said. The Kremlin Faces a Difficult 2021 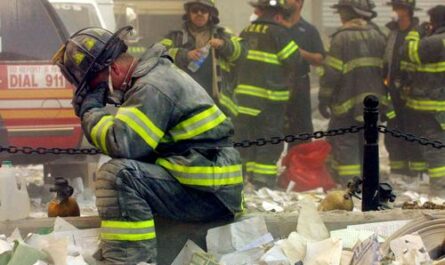 The Art Group Recycle Works Between the Virtual and the Real