Far to the east of Moscow, a group of young people are hard at work in a cemetery. The Tekutyevsky Cemetery is in the very center of old Tyumen, the first settlement in Siberia that was founded in 1586 as part of the Russian Empire’s expansion eastward. Burials there were conducted from 1885 to 1962.

Now it is in poor condition: tombstones are tipped over or broken, etched names and dates have been covered by moss or worn by water, broken trees and branches block paths. In winter snowdrifts make it impossible to walk among the graves; in summer there are nettles up to the waist.

But that doesn’t deter the members of a group working among the old stones. Their mission is not only to bring order to the cemetery, but to discover the lives of the people buried here. The project is called “We Lived: A Museum of Memories.”

It’s a daunting task. In the second half of the 20th century, the borders of the cemetery were changed, and many graves were lost. To make matters worse, the cemetery archive was destroyed in a fire.

Information is collected bit by bit. One part of an ancient gravestone with the name of a buried person is gone, but the section with the birth and death days is intact and readable. One of the team members, Maxim Orlov, studies registers of births and determines that the grave belongs to Tyumen merchant of the 2nd Guild, Pyotr Nabokikh. The record of his death was made in the church book of the Old Believers Church in 1913. 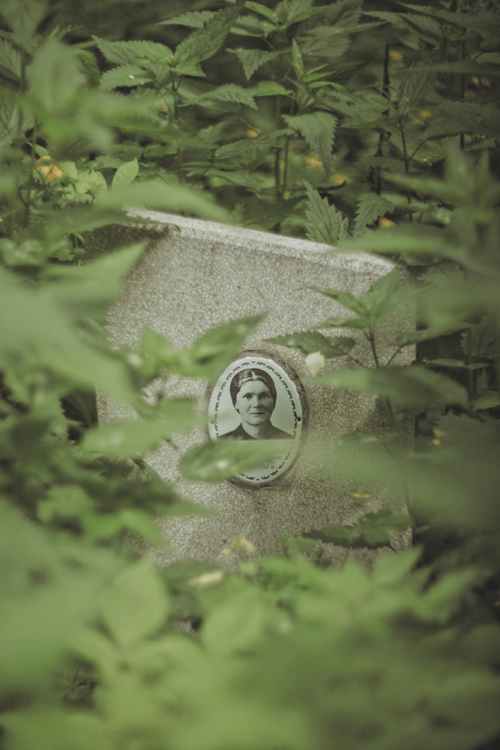 Under the sun and in dark archives

There are about 5,000 graves in the cemetery. In a year and a half of work, the project participants have managed to identify more than 1,700 graves. They were able to locate relatives for 170 of the people interred and clarified biographical data for the archives for another 200 graves.

The idea for the project came from Daria Novikova and Vlada Neradovskaya. There are another two members of the core team, and sometimes volunteers help.

The members of the project study city and regional documents and meet with local historians. The team also has a local guide, Natalya Alieva. Maxim Orlov works mainly with archival documents. 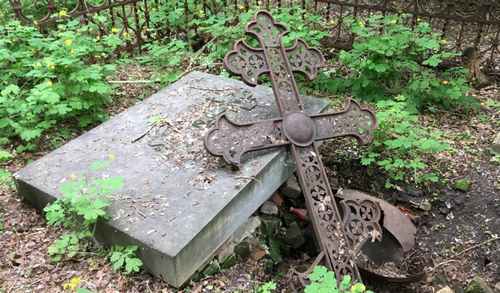 “Church books have been digitized in the Tyumen region, and for a fee anybody can get access to them. Recently the registry office transferred the civil status books for 1921 to 1925 to the state archives. The archive of the Russian Federation helps, too. Sometimes wills help, as they can be used to check the date of death. Unfortunately, restrictions on copying archival documents and the 75-year restriction on access to ‘personal’ documents from archives complicate the work. We cannot even check the date of death for some people,” Orlov told The Moscow Times.

But they have success nonetheless. In the local history museum of Yalutorovsk, located about 90 kilometers from Tyumen, there is a photograph from the revolutionary years with the caption: “The funeral of student Skripkin.” Orlov searched in the archives and discovered that he’d been exiled to Siberia and was buried in the Tekutyevsky Cemetery.

Sometimes trees fall on gravestones and destroy them, and descendants erect new ones. Neradovskaya admits she thought that no one visited the cemetery at all, but she was wrong. Often people ask them to find the tombstone of their ancestor.

Neradovskaya is mainly engaged in interviewing relatives. “The archives contain only facts. Relatives can tell what kind of the person the deceased was.”

But some mysteries remain. There are stone tombstones in the form of trees with chopped-off branches. No one knows for certain what this means, but one version is that the person buried in this grave did not continue the family tree, that is, did not leave behind children. 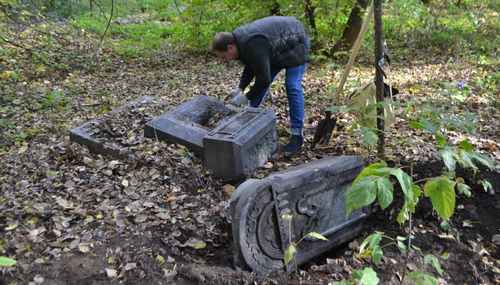 Making the past part of the future

The group hopes to launch a cemetery guide app soon so that anyone who comes to the cemetery with a phone and a downloaded app will be able to use GPS to move around the cemetery, find graves, and listen to the stories of people buried there. The launch date depends on funding.

“I try to understand who I am through the stories of other people,” Neradovskaya said. “When I interview the relatives of people who were killed in the repressions or died in the Great Patriotic War, I begin to understand the value of human life. And besides, I like Tyumen, especially the historical center of the city. The cemetery could be popular with visitors.”

In the summer, members of the project are going to hold an exhibition near the cemetery. “We hope to show the photographs we have collected, documents, and invite descendants to tell about their ancestors,” Orlov said.

“A cemetery is an important layer of culture,” he continued, “but working on it requires the work of different institutions, including museums, archives, etc. Unfortunately, many people are not interested in history, but we’re trying to change this.”