Along the Caucasus Highway in Russia’s southern republic of Dagestan, about 30 kilometers from the border with Azerbaijan, hundreds of Azerbaijani migrants are sleeping in tents for weeks at a time as they try to return home.

Although Azerbaijan’s land border with Russia is officially closed, the country allows between 400 and 500 of its citizens to cross every Tuesday. While up to 360 people are allowed to stay in a tent camp near the village of Kullar supported by Russia’s Emergency Situations Ministry, over 1,000 others are sleeping wherever they can around the village, some without a roof over their heads, according to rights groups.

“Next week I’ll be completely out of money,” Yusif Kurinov, 32, a seasonal construction worker who travels to Dagestan’s largest city of Makhachkala each year, told The Moscow Times at the Kullar camp. “That’s why I decided it’s time to go back.”

Hundreds of thousands of migrant workers travel to Russia every year from neighboring former Soviet republics in search of better wages. According to Federal Security Service (FSB) figures, 2.4 million labor migrants came to Russia in the first half of last year alone.

But this year, Russia’s coronavirus lockdown, which lasted from mid-March until early June, hit migrant workers particularly hard. According to a poll conducted by the Moscow-based Group for Migration and Ethnicity Research, 75% of migrants lost their incomes — whether through layoff or forced unpaid leave — compared to 48% of Russian workers during that period. 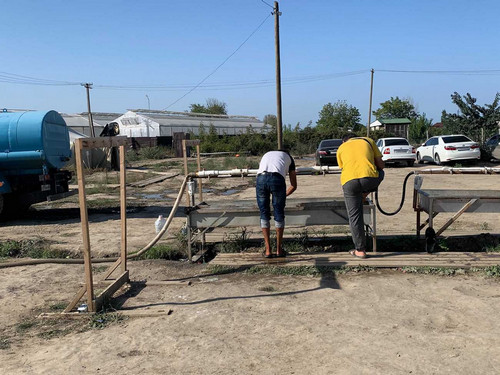 “Next week I’ll be completely out of money,” a seasonal construction worker said. “That’s why I decided it’s time to go back.” Evan Gershkovich / MT

And so migrant workers have flocked to places where they believe they will be able to cross by land — despite those borders still being closed.

Most of them are Uzbeks and Kyrgyz who acted on rumors they could return home through Kazakhstan.

Up to 4,500 Uzbeks are living in a makeshift tent city in the southern city of Kinel in the Saratov region. Local officials have set up tents for 1,000 people, while local volunteers and Moscow’s Uzbek diaspora are supporting the rest. Hundreds more have also gathered in the southern region of Rostov.

While thousands received permission to leave the camps and head home through Kazakhstan earlier this month, 100-150 people continue to arrive at the camp in Kinel each day, according to the Novaya Gazeta newspaper, despite efforts to stem the flow.

“We have repeatedly warned compatriots in Russia through official channels about fake messages spreading in social networks and messengers about the opening of the Russian-Kazakh state border,” Shakriyor Turgunboyev, spokesperson for the Uzbek Embassy in Russia, told The Moscow Times.

Still, rights groups say the migrants’ home countries should be doing more to repatriate them.

“Azerbaijan is not doing enough,” Afik Allakhverdiyev of the Moscow-based Autonomous Ethnic-Cultural Organization of Azerbaijanis, said of the trickle of returnees via Dagestan. “A month from now this situation is going to get a lot worse.” 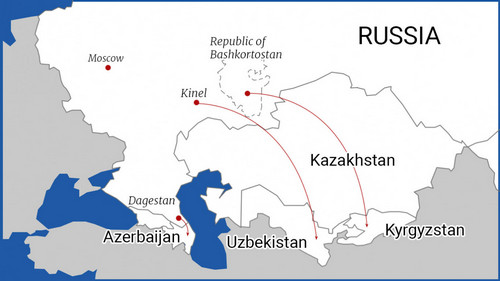 The Embassy of Azerbaijan in Russia did not respond to a request for comment for this article.

Allakhverdiyev said that with the arrival of fall, some seasonal jobs will come to an end. By his count, there are already 3,000 Azerbaijanis trying to get home, while more and more people are arriving at the Kullar camp each week, he said.

Even in normal times migrants mostly rely on their embassies, rights groups and volunteers from their diaspora for support. But as colder weather sets in, Allakhverdiyev believes it will be harder to take care of new arrivals.

“Temperatures will fall below zero and it will be impossible to get all these people warm clothes and blankets, or places to stay other than the camp,” he said, adding that volunteers around the nearby city of Derbent have already taken in as many people as they can.

Conditions are even worse in Kinel.

New arrivals who can’t afford to buy tents build them from sticks and tarpaulins, according to Human Rights Watch. The international rights group also reported that living conditions are cramped, there are too few latrines and the camp lacks medical care.

“The conditions are absolutely inhumane,” Valentina Chupik, a Moscow-based human rights lawyer who operates a hotline for migrants, told The Moscow Times after visiting the camp. 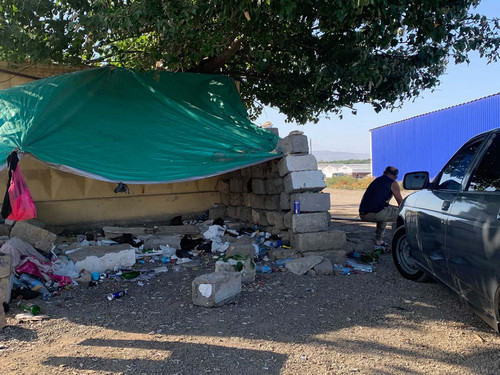 With the camps overflowing, some resort to making tents out of tarpaulins. Evan Gershkovich / MT

She believes embassies should be organizing charter flights and trains home from big cities before people are forced to go to border camps.

In Uzbekistan’s case, however, the resumption of commercial flights earlier this month put an end to the embassy charters, Turgunboyev of the Uzbek Embassy said, though he noted that Uzbek authorities have repatriated 65,047 citizens since the beginning of the pandemic.

Chupik believes the state of affairs could fuel misinformation surrounding land border crossings. She noted that some in the migrants’ diasporas have preyed on the workers’ poverty by telling them they can cross by land cheaply before selling them bus tickets to destinations with no way through.

That’s how nearly 2,000 Kyrgyz ended up in the Republic of Bashkortostan in mid-September.

“It’s our own fault: We believed some people over the phone,” one migrant told a local news outlet last week. “We wanted to save money because plane tickets are very expensive, but it turns out that we’ve already spent the same amount on food and a hotel room so we have a place to shower.” 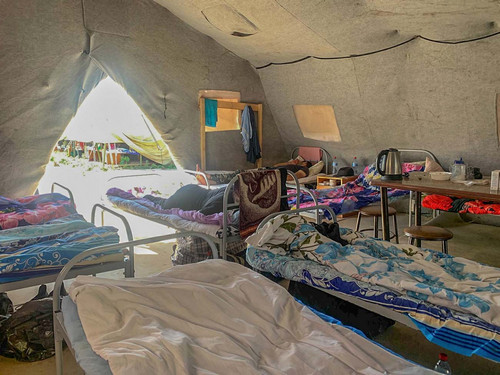 Rights groups worry that cramped living situations and a lack of medical care could exacerbate the spread of the coronavirus. Evan Gershkovich / MT

Misinformation and uncertainty over the future as the pandemic continues to keep the world in its grip is fueling the situation.

Since Russia’s economy reopened in late spring, work had mostly returned to normal levels for migrant workers, Evgeni Varshaver, head of the Group for Migration and Ethnicity Research, said. But as signs grow that a second coronavirus wave is threatening Russia, uncertainty over the reintroduction of quarantine measures is fueling speculation that employment could once again be affected.

With the average salary in Russia five times that of Tajikistan, the need to find work in the neighboring country is still urgent. So last week, when flights resumed between the capital of Dushanbe and Minsk, dozens lined up to buy tickets. From Belarus they hope to cross to Russia via the countries’ land border, although they haven’t yet received permission to re-enter.

“I don’t know if I’ll be able to get a ticket,” one Dushanbe resident hoping to get to Russia told Radio Free Europe’s local website. “The price of the ticket doesn’t matter. If I have to, I’ll ask for a loan from friends.” 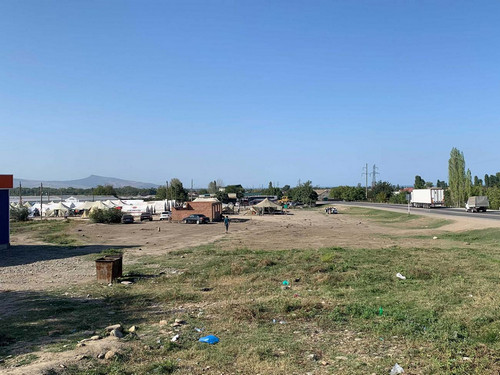 Commercial flights are too expensive for most migrant workers, so they’ve gambled on still-closed land borders. Evan Gershkovich / MT 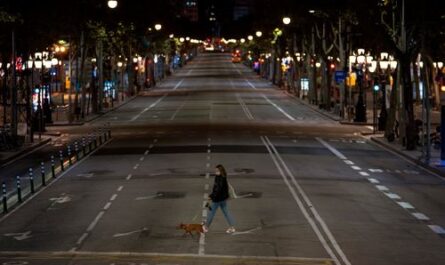