Sweden and Latvia have become the latest European countries to announce they are halting use of the AstraZeneca vaccine.

Both countries announced the decision on Tuesday and said the move was being taken as a precaution.

Latvia said it was halting use of the vaccine for two weeks.

“The decision is based on reports from individual European Union countries of thromboembolism and similar cases observed at various times after receiving the vaccine,” Latvian health agencies said. “To date, there is no data on the causal link between vaccination and serious health problems.”

Meanwhile, the Swedish Public Health Agency released a statement saying they have “decided to suspend the use of AstraZeneca’s Covid-19 vaccine until the European Medicines Agency’s (EMA) investigation into suspected side effects is done.”

Behind the headline review on the week in health

Sweden and Latvia join a growing list of countries in Europe who have halted use of the AstraZeneca vaccine, including France, Germany, Italy and Spain.

AstraZeneca’s formula is one of three vaccines that is currently in use on the European continent. 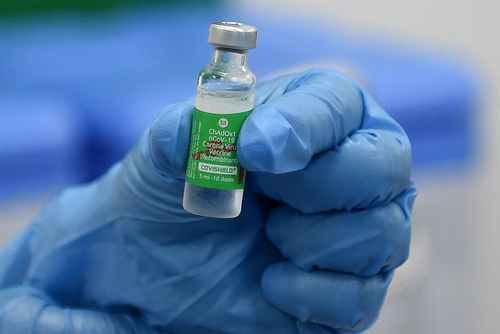 The European Union’s vaccination drive is already lagging behind that of the UK and United States, partly due to shortages. Now, rising concerns over the safety of the AstraZeneca jab are further slowing efforts to vaccinate those living in EU countries.

The EU’s drug regulatory agency is set to review findings on the AstraZeneca vaccine and will then make a decision on whether or not action needs to be taken.

The World Health Organisation (WHO) meanwhile, is urging countries to continue using the AstraZeneca vaccine.

The WHO, UK’s Medicines and Healthcare products Regulatory Agency (MHRA) and the EMA have all said there is no proven link between these side effects and the inoculation.

An EMA spokesman said “many thousands of people develop blood clots annually in the EU for different reasons”, adding that this incidence in people who have had the vaccine “seems not to be higher than that seen in the general population”.

In Asia, views are rather different, with many countries ignoring concerns around the AstraZeneca shot.

Thailand’s prime minister received an AstraZeneca jab on Tuesday, at the start of the country’s vaccine campaign. After his vaccination Prayuth Chan-ocha said: “There are people who have concerns.”

He added: “We must believe doctors, believe in our medical professionals.”

According to AstraZeneca, in the EU and UK, around 17 million people have received a dose of the vaccine.

There have been with less than 40 cases of blood clots reported to date.