Jones, 41, was convicted of fatally beating his 83-year-old great aunt Berthena Bryant in 1999 and became the first execution in Texas of 2021 on Wednesday evening.

In a remarkable video message from prison released on 10 May, Mr Jones pleaded with Texas governor Greg Abbott for mercy.

But the governor and the US Supreme Court did not intervene and the Texas Department of Criminal Justice carried out Jones’ execution by lethal injection just before 7pm.

The state had taken a hiatus from carrying out executions during the pandemic until Jones’ went ahead at the Texas State Penitentiary at Huntsville.

Prosecutors said that Jones beat his great aunt to death with a bat at her home in Fort Worth, Texas, and stole $30 from her purse to buy drugs.

Jones’ attorney, Michael Mowla has said that Jones is intellectually disabled and that his death sentence is based on discredited testimony.

The defence lawyer has also said that Jones’ history of drug and alcohol abuse, which began in adolescence, and physical and sexual abuse were never considered at his trial. 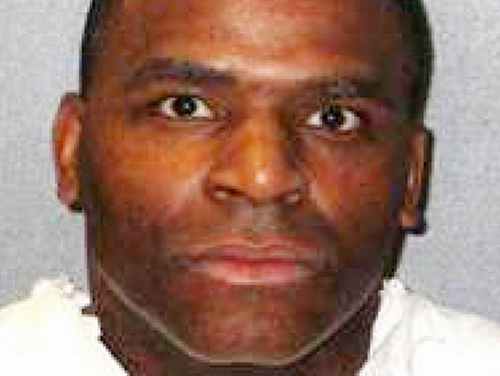 Members of Bryant’s family have also called for a stay in the execution, including her sister Mattie Long, Jones’ great-aunt.

Jones says he is not the same person who killed his great-aunt when he was 20 years old and told The New York Times in a rare video message from prison that he would spend the rest of his life in prison “to better myself and to better others along the way.”

“Another thing that helped me out was my great-aunt, Aunt Mattie. It was her sister. So, by her loving me enough to forgive me, it gave me the strength to try to do better and want to do better,” Jones said.

The Texas Board of Pardons and Paroles voted unanimously on Tuesday to deny the petition but governor Greg Abbott decided not to overrule the board.

In court documents filed last week, prosecutors argued the death sentence was justified due to Jones’ violent history, including assaulting teachers and participating in two other murders.

A number of high-profile figures have also campaigned against the execution going ahead, including actors Mandy Patinkin and Sarah Paulson.

“We are a nation that prides itself on second chances. Quin is clear-eyed that he deserves to be in prison for the rest of his life,” Suleika Jaouad, a writer who has corresponded with Jones for a decade, said.