The world’s billionaires added more than $5 trillion to their wealth over the last year, with the richest 2,755 people on earth amassing more than $13 trillion.

That list, compiled annually by Forbes, grew roughly 30 per cent from a list published just one year ago, an increase of 660 people to a list of 2,755 billionaires. Eighty-six per cent are much wealthier today than they were one year ago, at the onset of a global health crisis and its economic fallout that has left millions of people jobless in the months that followed.

A new billionaire emerged every 17 hours on average over the past year, Forbes found.

Nearly 500 people made their first appearance on the list this year, and only 61 people who appeared on last year’s list did not make the cut in 2021 – the smallest dip in a decade.

Amazon founder and outgoing CEO Jeff Bezos, whose estimated wealth tops $177bn, is once again at the top of the list, followed by Tesla CEO Elon Musk, whose net worth is $151bn.

Forbes began publishing its annual ranking of the wealthiest people in the world in 1987.

That year, the world’s billionaires’ combined wealth reached more than $295bn. Over the following decades, their net worth exploded by more than 44 times that figure.

The world’s richest man in 1987 was Yoshiaki Tsutsumi of the Seibu Railway Group, whose net worth totalled $20bn.

Microsoft founder Bill Gates entered the number one spot in 1995 with a net worth of $12.9bn. By the end of the decade, that figure reached more than $90bn. When he stepped down in 2000, his net worth fell to $60bn, still more than five times his net worth just five years earlier.

He remains within the top five wealthiest, at No 4, with a net worth of $124bn – nearly times as much as he was worth when he made his debut on the list.

Mr Bezos has remained the world’s wealthiest man on the list since 2018.

America is home to 724 billionaires. Eight of the top 10 wealthiest people in the world – Mr Bezos, Mr Musk, Mr Gates, Mr Buffett, Facebook’s Mark Zuckerberg, Oracle CEO Larry Ellison, and Google’s Larry Page and Sergey Brin, amassing a combined wealth of $728.5bn – are all in the US.

Soaring wealth among the richest people in the US followed a year of mass unemployment and lost income that has impacted nearly half of all American households.

More than 40 million Americans were unemployed within the early months of the pandemic, and roughly 4 in 10 Americans reported financial impacts from the loss of a job or income during the public health crisis, according to an Associated Press-NORC Center poll.

Last month, the Bureau of Labor Statistics reported that nearly 2.4 million Americans – roughly a quarter of all jobless Americans – have been without work for 52 weeks or longer.

That figure is likely to grow – the latest snapshot does not capture certain workers, or people who quit their jobs for health or other reasons, or the surge of unemployment claims from late March and April 2020.

The pandemic instead accelerated the growth trends among the wealthiest households.

A 2021 report from the Institute for Policy Studies found that Wall Street bonuses increased more than 1,200 per cent within the same time as Forbes has published its annual billionaires list.

That has massively outpaced increases to the federal minimum wage, which has stayed at $7.25 for more than a decade. Meanwhile, the buying power of a minimum wage income has eroded, worth 30 per cent less than it did 50 years ago, according to the Economic Policy Institute.

Growing wealth inequality in the face of the pandemic has revived debate over raising taxes on the nation’s wealthy, which also enjoys widespread popular support.

Reuters/Ipsos found in a recent poll that nearly two-thirds of respondents believe America’s rich should pay more, and another 2020 poll from Hill-HarrisX found that 67 per cent of voters support a “wealth tax” on America’s billionaires.

A Morning Consult poll focused on President Joe Biden’s infrastructure proposal found that 54 per cent of voters support raising taxes on Americans earning more than $400,000 to pay for infrastructure improvements.

Senator Bernie Sanders has unveiled three proposals – the Tax Excessive CEO Pay Act, For the 99.5% Act and the Corporate Tax Dodging Prevention Act, which takes aim at the dozens of Fortune 500 companies that paid no federal income tax in 2018, including Amazon.

“Unbelievably, the United States today has more income and wealth inequality than almost any major country on Earth,” he said in a statement announcing the latter two measures.

“From a moral, economic and political perspective our nation will not thrive when so few have so much and so many have so little.”

The Biden Administration has proposed raising the corporate tax rate to 28 per cent from 21 per cent, rolling back some of the tax cuts under Donald Trump. Mr Bezos announced on Tuesday that he supports Mr Biden’s plan. 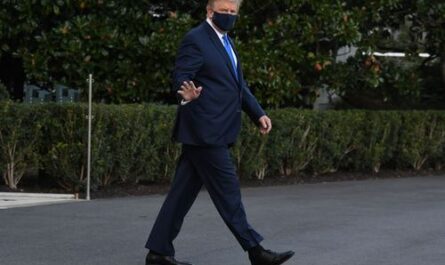 The most notable arrests from the pro-Trump Capitol riot