On a recent wintry afternoon along the Seine, a Parisian teenager took a fishing rod out of a narrow holster, stuck a glittery rubber fish on a hook and cast his line into the water.

The fisherman, Eliot Malherbe, 19, was soon joined at the river’s edge by his friend Kacim Machline, 22, an art student. But first, Machline spray-painted a greenish striped fish on the concrete walls by their spot on the river, in a renovated former industrial area near the Jardin des Plantes on the Left Bank.

The Seine used to be the fishing playground of older, working-class men who whiled away their retirement days at the river. These days, a younger and more diverse generation is disrupting the scene.

Many of the younger anglers were first drawn to the Seine by the promise of other adventures. The quays offer some of the city’s prime skateboarding territory, and graffiti artists can discreetly spray their tags during the night because these areas have little traffic.

While fishing’s more sedate pleasures might seem to lack the same thrill, that’s not the case, says Manuel Obadia-Wills, 40, a former graffiti artist and skateboarder – and now a fisherman during his free time.

“There is a buzz, an addictive side, a repetition until you reach the moment of grace,” Obadia-Wills says. “In skateboarding, it’s the perfect trick. As for graffiti, it’s all about the adrenaline rush when you are in a forbidden place. When you fish, it’s about the most beautiful catch.” 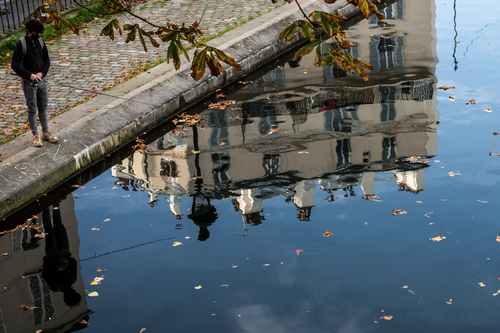 Like skateboarding and drawing graffiti, fishing in the Seine, too, sometimes flirts with illegality. Many fishers go out after work or school – although France has officially forbidden fishing after sunset since 1669, even during winter.

During the official fishing season from May to January, young fishers meet at certain spots – near barges stretching for miles along the river and under which fish shelter, or by the Canal Saint-Martin or Canal de l’Ourcq, where the water is calmer and warmer than in the Seine.

Eager to find unexplored ground, though, some venture to restricted places like the area under the Bastille square at “the tunnel,” as it’s known – a mile-long underground canal covered by a stone vault. The city recently sealed off its entrance to try to prevent people from getting in.

Although they are carrying on a centuries-old tradition of fishing in the shadows of Notre-Dame or below the Eiffel Tower, younger fishers have brought with them updated rules and codes.

Foremost among them is that the ultimate aim of the day’s catch is no longer about sharing a meal with friends and family. Instead, the goal is to share on social media close-up images of the pikes, perches, zanders, wels catfish and other species, before releasing them back into the river.

“Fishing is a sport, and fish are our game partners; that’s why we release them,” says Gregoire Auffert, 21, squatting on a parapet of the Quai Anatole-France which faces the Tuileries Garden across the river. “You would never ask a tennis player to eat the ball.”

A man is seen fishing in the River Seine

Also, the new generation uses plastic artificial baits to lure the fish, not natural baits such as the worms still favoured by beret-wearing retirees. The fish don’t swallow the lures, and fishers can hook them by their mouth cartilage, causing the least possible harm.

The new customs are aimed at protecting the increasing biodiversity in the Seine. In the 1970s, there were only three fish species left in the river, but after decades of water-purification policies, there are now more than 30 – although plastic bags, industrial waste and, lately, electric scooters with lithium batteries, keep contaminating the river.

“The milieu has been constantly improving, and the coronavirus pandemic intensified it” by offering a quieter environment to fish, says Bill François, a marine scientist. He points out that this past year there have been fewer tourist boats running on the Seine. During the summer, he says, “we observed a very good reproduction.”

Thierry Paquot, who studies urban life and teaches at the Paris Urban Planning Institute, sees the urban anglers as part of a push by city dwellers across France to be more in tune with nature.

“There is a whole new range of practices heading in the same direction, like urban agriculture,” he says.

He says a generation of young adults, suffering from growing economic precariousness, find a sense of community in the tradition of fishing, which they have transformed to reflect a new ecological awareness, sharing their passion through technology.

The fishing federation of the Parisian region has 8,500 members, each of whom buys an annual license for about £87. Add in those who occasionally purchase a daily license for around £11 and those who fish illegally, and the total number of people who fish in the capital could be more than 30,000, according to fishing-store owners.

“The number of fishermen remains quite stable, but now young people clearly outnumber people of a certain age,” says Marcelo D’Amore, who has been selling fishing gear in Paris for the past 30 years, first at a sporting goods chain and now at “Giga-Peche” – which means something like “mega-fishing” – a store he opened in 2016 in eastern Paris.

The growing appeal of Parisian fishing to the younger crowd has drawn the attention of entrepreneurs like Fred Miessner, who said he noticed the trend in the early 2000s and nicknamed it “street-fishing.” With a business partner, Miessner – who also fishes in the Seine – started French Touch Fishing, a fishing items wholesale company, and Big Fish 1983, a streetwear collection for urban fishers that includes hats, printed T-shirts and polarised sunglasses.

“We didn’t recognise ourselves in the old codes,” Miessner says. “We didn’t wear plastic boots, military fatigues or close-fitting jerseys. We fished, and after, we went to parties with our friends without changing clothes.”

His brand and others like it sponsor young fishermen who have become social media influencers in the community. Machline, the art student, receives hundreds of dollars’ worth of goods from a company in exchange for posts mentioning the brand to his 4,000 followers on Instagram.

Some fishing customs remain unchanged in the social media age. While sharing photos of the day’s trophy catch is essential, fishers tend to avoid making their exact locations obvious to protect them from “crabbers” – as they call those who identify good spots from pictures.

And bragging about the size of one’s catch continues unabated.

On a recent late afternoon, after a day roaming the banks, Machline caught a plump 15-inch perch in the Bassin de l’Arsenal, a barge port near the Place de la Bastille where the Canal Saint-Martin meets the Seine. Malherbe, his friend, captured the moment on his cellphone, then the fish was reimmersed in the water.

“I always stretch out my arms in front of me,” Machline said with a proud smile. “That way, the fish looks bigger in the picture.” 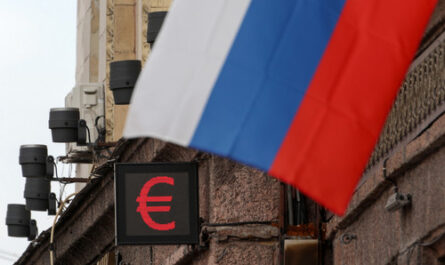