Donald Trump credited Barack Obama for his 2016 presidential election victory as he lashed out at a DNC speech by former first lady Michelle Obama.

In his first response to the speech, Mr Trump told Ms Obama he would not be in the White House only “for the job done by your husband, Barack Obama.”

Claiming that his administration had built the greatest economy in history, Trump also told Ms Obama to “sit back and watch” for business to recover from the coronavirus pandemic.

“Somebody please explain to Michelle Obama that Donald J. Trump would not be here, in the beautiful White House, if it weren’t for the job done by your husband, Barack Obama,” the president wrote in a message posted to Twitter.

“My Administration and I built the greatest economy in history, of any country, turned it off, saved millions of lives, and now am building an even greater economy than it was before. 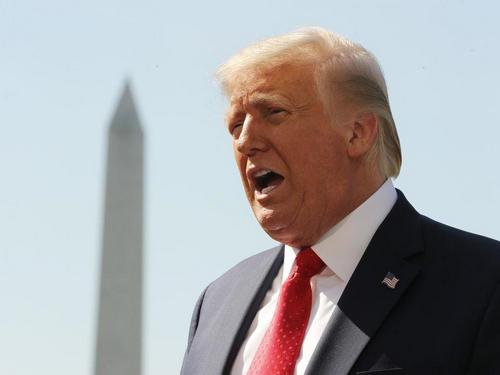 “Jobs are flowing, NASDAQ is already at a record high, the rest to follow. Sit back & watch!” Trump added, appearing to suggest he will win a second term should the US economy bounce back.

The former first lady launched a withering attack on Trump in her pre-recorded speech for the DNC, which kicked off online on Monday night. Ms Obama, along with her husband, had until recently avoided criticising Trump in public.

But Ms Obama let rip on Monday night, accused Trump of “faking” his way through the presidency. In an emotional address, the former first lady said Trump was the “wrong president for our country”.

Tuesday night at the virtual DNC will include speeches from former president Bill Clinton and New York representative Alexandria Ocasio-Cortez.