Donald Trump exploded with anger at one of his most senior aides about missing a phone call with Russian President Vladimir Putin, according to a former No 10 official.

The US president’s rant about the missed call happened “right in front” of former prime minister Theresa May in Washington, her ex-chief of staff Nick Timothy has revealed.

Mr Timothy spoke about a “fairly extraordinary” lunch during which Mr Trump shouted at his then-national security advisor Michael Flynn.

“Somebody just mentioned in passing that Vladimir Putin had asked for a call with him, and right in front us he absolutely shouted down Mike Flynn,” he said.

“Like really shouted. This was at a formal dinner with butlers and fancy crockery – and he was properly shouting at him down the table.”

Mr Timothy said the president yelled: “If Putin wants a call with me you just put him through.”

Speaking on the What Were They Thinking? podcast, the former Downing Street figure added: “The whole thing was very a strange experience.

“And not especially reassuring about the state of Trump’s mind, or the stability of decision-making in the White House.” 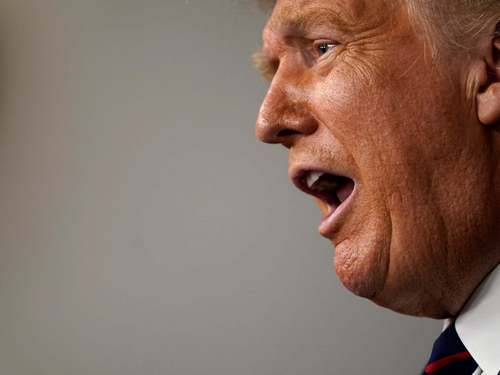 Mr Timothy – No 10 chief of staff between 2016 and 2017 before resigning in the wake of the 2017 general election – also discussed the controversy over Huawei and recent Conservative government attitudes to both the US and China.

He described Ms May had been a “Sino-sceptic” during her time in charge at the Home Office and her first year as prime minister.

He said: “The problem with that is … you can’t go all in with China without undermining your security relationship with America. China doesn’t share western values, and its strategy is, I’m afraid, one of domination.”