THREE THINGS TO KNOW TODAY: — Health officials are on edge as the coronavirus clashes with a Sunday sports event that typically brings millions of people together: the NFL Super Bowl. They fear that the game could seed new COVID-19 cases if fans attend parties to watch Tampa Bay play Kansas City. The new coronavirus strain that spread quickly in the United Kingdom was confirmed in Kansas after turning up in several other states. States, meanwhile, are in a race to vaccinate. The game will be played in front of about 22,000 masked fans in Tampa, many of them vaccinated health workers.

— Virus deaths won’t be reflected in the 2020 census, a step that will have an impact on where congressional seats get apportioned, experts say. The important reference date for answering census questions was April 1, soon after U.S. deaths began. New York state, which has had about 44,000 deaths, is expected to lose a House seat due to population shifts but it could have lost two if the census date was later, said Kimball Brace, a redistricting expert at Election Data Services. The Census Bureau releases apportionment numbers by April 30.

— Make a deal or stick to his guns? President Joe Biden spent decades shaking hands on bipartisan fixes, first as a senator and then as vice president. But now the Democrat seems to be favoring quick action in Congress on a $1.9 trillion coronavirus aid bill, even if Republicans get left behind. The administration has encouraged Democratic senators to prepare a plan that combines money to address the virus and vaccines with money to fulfill a progressive agenda that includes a higher federal minimum wage. 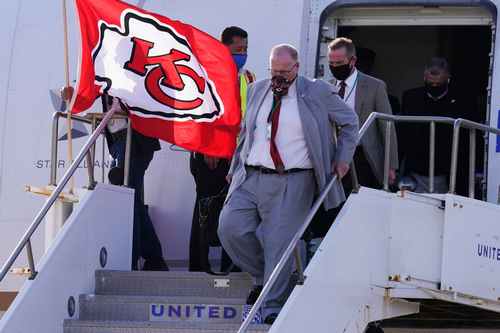 QUOTABLE: “I’m still riding high,” Michele Voelkert told the Sacramento Bee. The California woman who was laid off because of the pandemic was referring to a pep talk from Biden. The White House released a video of the phone call. The president called Voelkert after getting a letter from her. She lost her job in July at a startup clothing company. Biden recalled his father saying a job is about dignity and respect as much as it is about a paycheck.

ICYMI: Federal executions at the end of Donald Trump’s presidency likely acted as a superspreader event, according to the records reviewed by The Associated Press. It was something health experts warned could happen when the Justice Department insisted on resuming executions during a pandemic. Of the 47 people on death row, 33 tested positive between Dec. 16 and Dec. 20, becoming infected soon after executions of two men, according to attorney Madeline Cohen, who compiled the names. Many staff from prisons in other states with their own virus outbreaks traveled to the Terre Haute, Indiana, prison.

ON THE HORIZON: Some experts believe rapid tests could be better at at identifying sick people when they are most contagious. North Carolina Agricultural and Technical State University said it crushed the spread of an outbreak by using rapid screening after a Halloween party last fall. Rapid tests might be technically less accurate but they’re fast. The U.S. reports about 2 million tests per day, the vast majority of which are known as PCR, the polymerase chain reaction test. The Food and Drug Administration said it supports “innovation in testing” but has only approved about a dozen rapid tests. 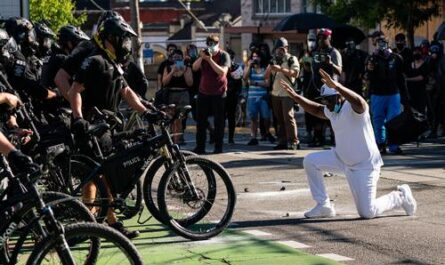