When Kyrgyzstan’s newly-elected leader Sadyr Japarov arrives in Moscow this week for his first foreign trip since becoming president in January, he will be hoping for a warmer welcome than the one that greeted his ascendancy in October, when President Vladimir Putin labelled the events that led to his power grab “a misfortune.”

Putin was referring to the whirlwind ten days in October when Japarov was sprung from prison during political unrest. He had been serving a sentence on kidnapping charges, but propelled himself into the top job after forcing the sitting president, Sooronbay Jeenbekov, to resign amid turmoil following protests over a rigged election.

Japarov is hoping for a positive reception in Moscow as he seeks to get Kyrgyzstan back on its feet after a tumultuous year that saw the pandemic hit the economy — which is heavily dependent on migrant remittances from Russia — hard, as well as the established political order overturned.

For its part, Russia will be looking for a partner that will be amenable to doing its bidding in what it still regards as its backyard.

Moscow remains wary of Japarov, who has widespread support among Kyrgyzstan’s nationalists and rose to power on a populist ticket. Nevertheless, since coming to power Japarov has rowed back on his nationalist stance, and ahead of his all-important Moscow visit he even penned an article heaping lavish praise on Kyrgyzstan’s long relationship with Russia and its enduring influence.

He has also taken pains to stress his commitment to promoting the Russian language, promising to safeguard its official status in Kyrgyzstan. 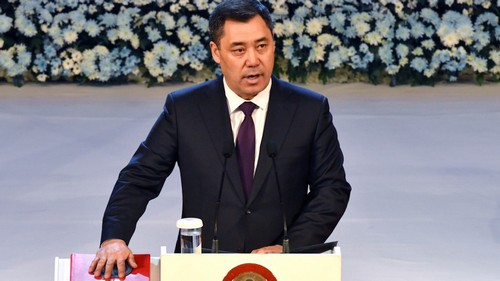 Moscow is a key strategic partner for this impoverished, land-locked ex-Soviet state, which is a member of all key Russia-led regional blocs, including the Eurasian Economic Union (EAEU) and the Collective Security Treaty Organization.

During the visit, Japarov will be pushing for Kyrgyzstan to secure a $100 million loan from the EAEU’s anti-crisis fund to support its embattled economy, which shrank by 8.6% in 2020 — the largest drop for 26 years.

Moscow will be looking to Kyrgyzstan, which is a gateway for goods entering the EAEU from China, to show it means business on combating contraband.

A major smuggling ring on the Sino-Kyrgyz border has been costing EAEU member states millions of dollars in lost customs revenue  — chief among them Russia, which under EAEU rules is entitled to 85% of all revenues on goods coming into the free trade zone.

The government has dragged its heels on investigating the multi-million-dollar scam since journalists exposed it in 2019, but just ahead of Japarov’s visit law enforcers arrested Rayimbek Matraimov, one of the powerful players named as a beneficiary, on suspicion of money laundering related to the scheme.

With Russia the main destination for Kyrgyzstan’s hordes of migrant workers, whose families depend on the remittances they send home, opening up disrupted transport links and getting migrants back to work is also high on Kyrgyzstan’s agenda.

So is securing access to Russia’s Covid-19 vaccines. The day before Japarov departed for Moscow, the government approved Russia’s Sputnik V vaccine for use in Kyrgyzstan, and it is hoping to secure 500,000 free doses to kickstart a nationwide vaccination campaign.

Kyrgyzstan is also hoping to get a better deal on what it pays Russia for its gas imports. Negotiations began last May on lowering the price as Kyrgyzstan’s economy began to feel the shockwaves from the Covid-19 pandemic.

Russia has so far refused to budge on the price, and domestic consumers have seen price rises as the Kyrgyz currency, the som, depreciates against the dollar. Cheaper gas would further the government’s plans to convert the coal-fired power plant that heats the capital, Bishkek, but also blankets the city in smog every winter.

So, Japarov has a long wish list as he jets into Moscow on Wednesday, hoping to prove to the Kremlin that he is no nationalist firebrand but a reliable partner and a staunch ally who will look after Russia’s interests in its “near abroad.”

After all, Moscow has a habit of turning on leaders of post-Soviet states if it perceives a betrayal of its interests.

Japarov will no doubt recall the fate of one of his predecessors as president, Kurmanbek Bakiyev, who found himself the target of a concerted campaign against him in Russia’s state-controlled media a decade ago after reneging on promises to close an American airbase in Kyrgyzstan.

Russia also hiked energy prices for Kyrgyzstan, contributing to a protest mood that spiralled into unrest in which Bakiyev was chased out of office and into exile in 2010.

Displeasing the Kremlin is a perilous pastime for a post-Soviet leader, so Japarov will need to prove to Putin that his rise to power is not a “misfortune” for Russia, but rather an opportunity for a reset. 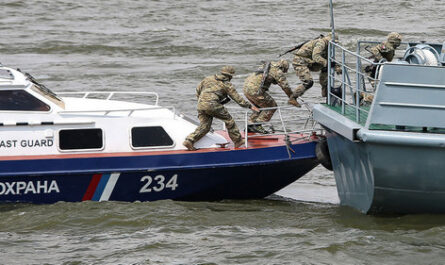 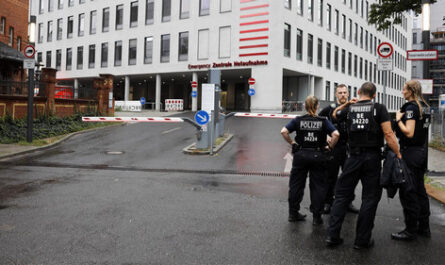 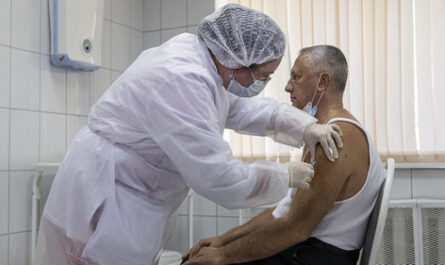