A public broadcaster in Catalonia reported that the images in question – of fires burning in the streets – were captured in 2019 in Barcelona. The protests in Spain began after a Spanish court sentenced Catalan separatists to prison.

A pair of sisters provides a voice over for the video, offering a dire warning for viewers that “this is a taste of Biden’s America” as images of protests play.

“The rioting, the crime. Freedom is at stake now and this is going to be the most important election of our lifetime,” they said.

While the voices warn that the images are a look at life under Democratic presidential nominee Joe Biden, they are in fact – with the exception of the image from Barcelona – a look at conditions in the US under Donald Trump.

Buzzfeed News independently verified that the questionable image was actually from Barcelona.

The news organisation found identical video footage on Shutterstock, which is a common source for stock images and videos.

Though protests often appear on television and are discussed – particularly by conservative politicians – as though they’re all-encompassing events, most protests tend to geographically isolated. They are often limited to just a few blocks of a city or several streets if the protesters are marching. 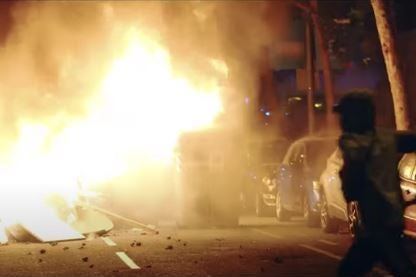 While looting, arson and violence has happened in isolated incidents at some recent protests, law enforcement agencies have found that in several instances, the destructive behaviour was actually carried out by white supremacists masquerading as protesters.

The most well-known of these white supremacist-as-provocateur incidents occurred in Minneapolis when, several days into the George Floyd protests, a man carrying an umbrella was filmed casually smashing the windows at an auto-parts store.

Eventually Minneapolis police identified him as a member of a white supremacist group that sought to “incite violence” at the protests.

Between white supremacist infiltrators, “boogaloo boys” looking to bring about the next civil war, and armed ring wing gangs cosplaying as soldiers, there are numerous entities attending protests that wish to see the message behind the demonstrations undermined.

The most recent incident of protest escalation occurred earlier this week in Kenosha, Wisconsin during protests against the police shooting of Jacob Blake.

Kyle Rittenhouse, a 17 year-old aspiring police officer, travelled a half an hour across the state with his gun to involve himself in the protests. He was charged with murder after killing two people and wounding a third. Rittenhouse is a former police cadet and his social media is filled with support for “Back the Blue,” which is essentially a call for individuals to take up arms in defence of the police.

Police in Kenosha were filmed chatting with Rittenhouse earlier in the night and can be seen handing him a bottle of water. The police thank him for coming to the protest. 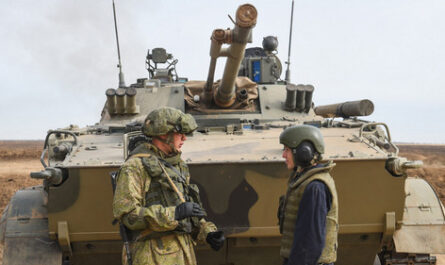