The security operation took place in the Black Sea regions of Krasnodar, Crimea, Rostov and Karachayevo-Cherkessia. Authorities identified the suspects as members of Takfir wal-Hijra, a group that Russia banned as extremist in 2010.

“The interregional extremist community’s ‘takfiri’ ideology provides a theological justification toward crimes against ‘infidels’ including Muslims as well as the need to create a theocratic Islamic state called ‘caliphate’,” the FSB was quoted as saying.

The FSB said its officers seized a suicide belt, explosive devices and automatic weapons in the forest of the republic of Karachayevo-Cherkessia.

Courts have sanctioned the arrests of 10 suspected leaders and members of the Islamist group, Interfax cited the FSB as saying. 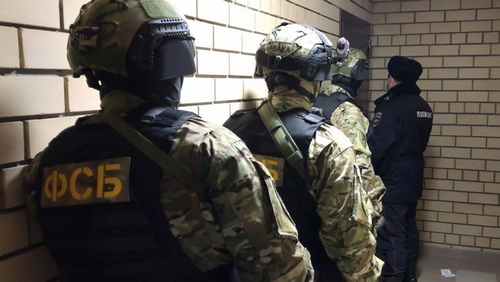 A Rostov-on-Don court ordered four of the suspects to be held in pre-trial detention for two months, according to state-run TASS.

News of the latest security operation comes amid reports of Turkey arresting five Russian citizens attempting to cross the country through the Syrian border.

A Russian academic who worked in aviation has been arrested for allegedly passing secrets to NATO, state media reported Tuesday, citing an unnamed source.

“This criminal case is not related to MIPT’s activities, Golubkin works at TsAGI,” the news agency quoted the source with knowledge of the details as saying.

They linked 70-year-old Golubkin’s case to treason charges against fellow physicist Anatoly Gubanov, who was detained and arrested in early December. 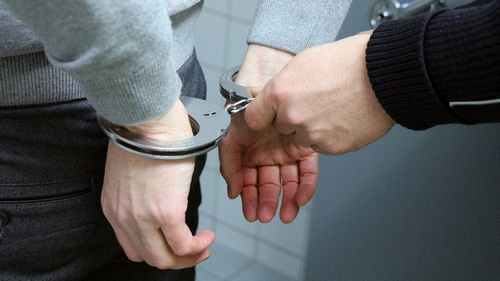 Gubanov and Golubkin “had overlapping scientific interests, they did some work together on hypersonic speeds,” Interfax’s source was quoted as saying Tuesday.

“Golubkin was detained as part of the same case. He’s suspected of transmitting classified information to one of the NATO countries,” they added.

Interfax previously reported, citing sources, that Russia accuses Gubanov of passing secret hypersonic development materials to a European country as part of a collaboration with the EU on the world’s first civil hypersonic airliner, the HEXAFLY-INT.

Both Golubkin and Gubanov, who face between 12 and 20 years in prison, deny the charges.

No further details are likely to emerge as treason cases are tried behind closed doors in Russia.

Russia has stepped up treason convictions since ties with the West deteriorated over the annexation of Crimea from Ukraine in 2014. Critics have accused Russian authorities of paranoia with the arrests of scientists, journalists and regular civilians on charges of sharing sensitive information with foreigners. Rioters who stormed US Capitol now face backlash at work