The Russian Foreign Ministry on Friday said it had expelled a senior Norwegian diplomat in retaliation after Oslo expelled a Russian diplomat following the arrest of a suspected spy.

The Russian ministry said that “as a retaliatory measure” a senior diplomat at the Norwegian embassy was declared persona non grata and must leave within three days.

Russia accused Norway of taking a “destructive course” that would “inevitably negatively affect the atmosphere of bilateral relations.”

It came after Norway announced the expulsion of a Russian diplomat on Aug. 19, days after arresting a Norwegian man suspected of passing sensitive information to Moscow.

Oslo accused the Russian diplomat, who worked in the trade section, of acts “not compatible with his status as a diplomat.”

The diplomat was with the Norwegian man at the time of his arrest at an Oslo restaurant. 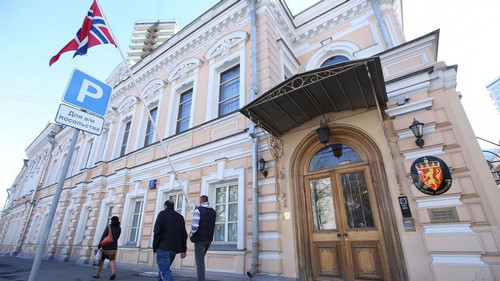 The Norwegian, identified by court documents as Harsharn Singh Tathgar, risks up to 15 years in prison if found guilty of espionage.

He worked for DNV GL, a company that provides certification for oil and gas industries.

The 50-year-old man told investigators he had handed over information in exchange for “not insignificant sums in cash,” but insisted the information was not harmful to Norway’s interests.

In recent decades several spy cases have marred ties between NATO member Norway and Russia, which share a border in the Arctic Circle.

Russia said on Monday it was expelling three diplomats from the Slovak embassy in Moscow in a tit-for-tat move after Bratislava forced out three Russians amid a growing diplomatic spat with Europe.

“The Russian side, guided by the principle of reciprocity, decided to expel… three diplomatic staff of the Slovak Embassy in Moscow,” the Russian foreign ministry said in a statement.

Slovakia announced on August 10 that it was removing three Russian embassy staff over what it said was “serious crime,” with local media citing a possible link with the killing of a former Chechen rebel in a Berlin park last year. 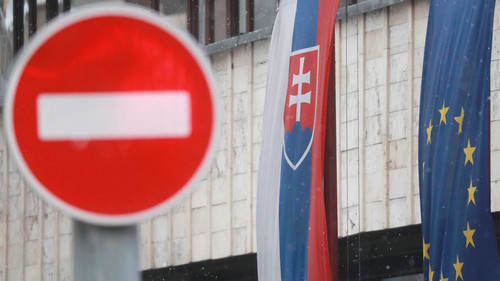 German prosecutors accused Russia of ordering the killing of Zelimkhan Khangoshvili, a 40-year-old Georgian national who was shot twice in the head at close range last year.

Russia’s foreign ministry described Bratislava’s decision to remove their diplomatic staff as an “unfriendly step” that contradicted the “traditional spirit” of shared ties.

This is the third expulsion of European diplomats by Russia in a week.

A Norwegian diplomat was forced to leave Russia on Friday in response to Norway’s removal of a Russian diplomat over activities “not compatible with his status.”

An Austrian diplomat on August 24 was expelled from Russia in another tit-for-tat move following espionage allegations from Vienna.

In June, Russia sent home two Czech diplomats, retaliating over the expulsion of two of its own embassy workers from Prague for spreading rumors of a poisoning plot.